And into the muck we charge

How quickly the situation worsens is as tough to guess as election results but the unintended consequences of yesterday’s and today’s policy decisions are often much more detrimental than the benefits they offered. Maybe I will soon see just how the offerings of car manufacturers will change to fit the new, tighter financing model. 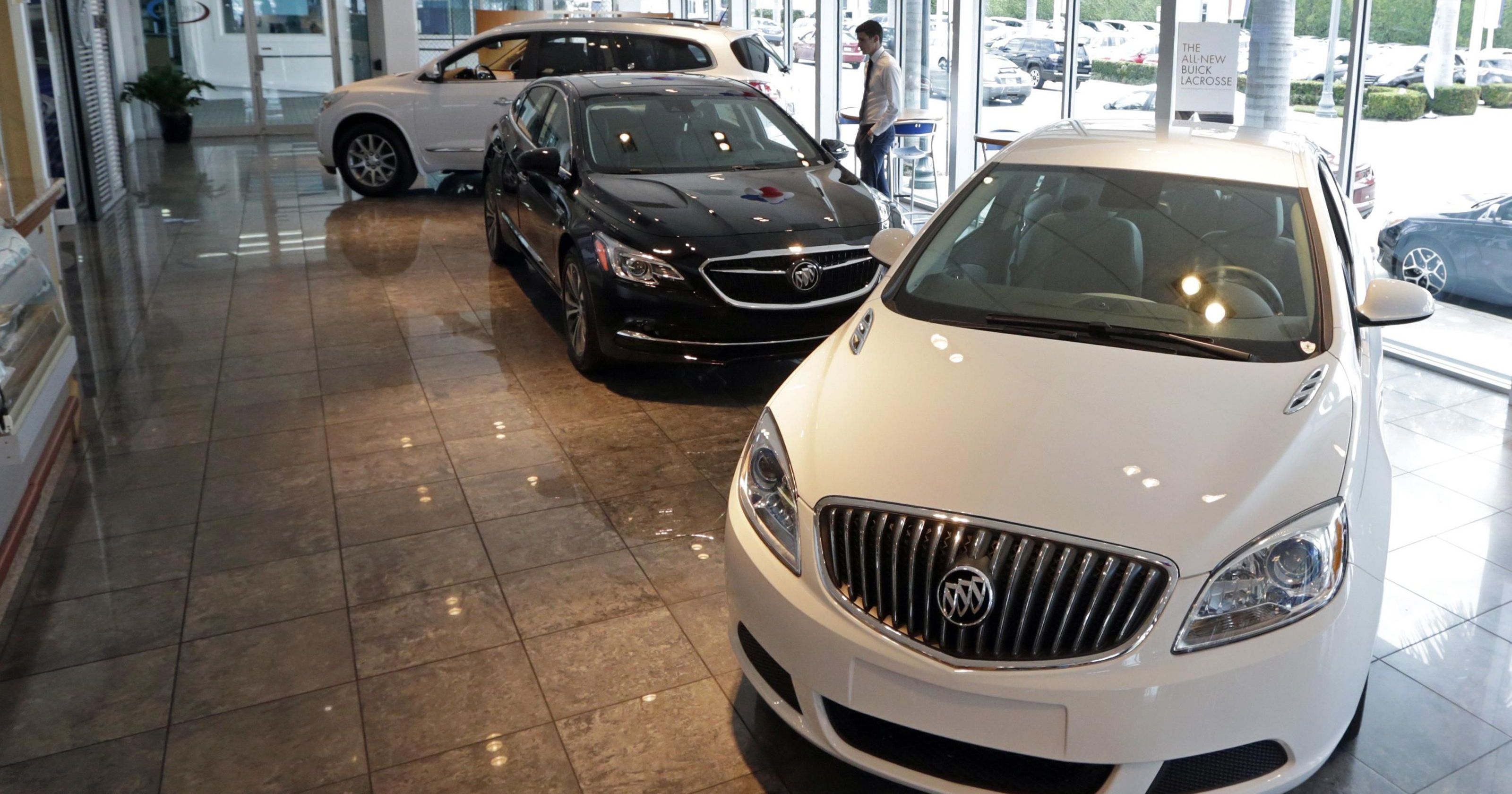 Rates on auto loans have been stable the past few years, but there are signs that could change.

That’s only simple for people who can afford to pay cash for their cars.

It has appeared to me that the recent near zero bank rates were the product of underhanded manipulation that was destined to end and likely end with painful landing. Like so much of the economy and politics we have a boom and bust pendulum swinging. If so how will Detroit and Tokyo deal with the situation? Surely not more powerful and posh SUVs.

The rates are that low because inflation has been near zero. Near zero inflation means that intrabank rates are very low, and those making loans for cars don’t have to charge much to make money. It also means that when a new car has a zero interest rate loan, the seller is giving a discount to take their loan.

The inflation rate has been predetermined to justify policy @jtsanders. When gasoline/energy prices rose precipitously they were conveniently eliminated from the list of determinants of the COLA. Then when gasoline/energy prices dipped the drop was noted as a determinant of deflation, i.e., whatever suits the plan is the Trooth. And of course the Trooth always determines policy dontchaknow.

That IS the simple solution that even complicated people use to purchase cars. Buy what you can afford, live below your means, stop indenturing yourself to banks and finance companies then loan interest rates don’t matter.

Yes, again, if you’re lucky enough to be able to afford it. If you just graduated from college and you have $100,000+ in student loans (not hard to do these days, considering that state schools can easily be more than 25 grand a year) then technically you can’t afford to buy a car period unless you get a loan.

But you need a car to earn money to pay off the student loans, and rather than spending $7,000 all in one chunk and therefore missing student loan payments, it’s better to spend a couple hundred a month on the car loan so that you have some liquidity to pay off your other debt, not to mention renting an apartment and buying food.

I’m not suggesting that people take out loans to buy Maseratis (although actually that can be a good idea too, if you can find a loan that has a lower interest rate than you can earn via safe investments like CD’s - then you put the car money into a CD, take out the loan, and then pay off the loan once the CD matures and keep the extra you earned).

But there are lots of people, even responsible ones, who need to take out a loan in order to get a decently safe, decently reliable vehicle to get them to and from work while they pay down debt that they had to incur in order to qualify for the work they’re driving to.

if you’re lucky enough to be able to afford it.

Luck has very little to do with it. And I never said borrowing money was irresponsible, just simply to be avoided.

But what will the manufacturers put on their lots to sell if auto loan rates go to 6% while credit card balances push toward 10%?

For those of us who were driving in the mid 70s when the price of gasoline jumped and 2 year old Cadillacs and Olds 98s were sold for scrap iron prices on the curb so the owner could buy a stripped down PInto for list plus a few $hundred in dealer added doo-dads and there were often waiting lists for the next available car. In the late 70s dealerships were going broke across the country. The local Mopar dealer was indicted for pocketing down payments and turning the keys over to the buyers without ever paying Detroit for them. A nearby GM dealership was doing so poorly they didn’t have anyone in their service department except the manager.

I don’t see rising auto loan rates doing any good for vehicle sales, that’s for sure.

Why would I pay cash for anything when I can finance it for next to nothing or free? Why not hang on to my money for as long as I can? Why pay a bill before it’s due?

We relocated to another state 2 years ago. Bought a house and needed to furnish it. Best Buy offered 2 years no interest on appliances. LaZBoy offered 3 years no interest on furniture. I can’t see any reason to pay cash when the financing is free. We owe the IRS on income taxes this year. I have no intention of paying that bill before April 15.

Cars, well, that’s a lot of cash to lay out at once. We bought a car last November. We make a decent living but not enough that we have the full price of a car in cash in a savings account. Dealer financing offered us 0.9% on a loan. The numbers just don’t make sense to pay cash. I can’t see cashing out a mutual fund or liquidating other assets to save that amount of interest on a 5 year loan.

I get what you’re saying about living below your means, but a guy’s gotta have something fun once in a while.

You have to keep in mind that interest rates are a double edged sword. Low ones are good for borrowers but not so good for the folks that have money in the bank. Yeah I struggled through high interest rates and have also enjoyed low interest rates. You throttle back borrowing a little when rates go up and take advantage of low rates when they are available. Yes for sure higher rates will not encourage car sales, but the interest rate is only one part of the decision tree. When you need a car you need a car as one who paid 18% under Carter.

If anyone thinks they are getting interest free or lower than cd rates on loans, they are deluding themselves.
When Lazy Boy has 0 interest financing, their “sale” price is higher than their best "sale "price. Same thing when they have a buy one get one free sale. The selling price of the non free chair is higher than when they are not 3 for 1. I’m not picking on Lazy Boy, I have 3 of their recliners and a couch from them in my house. The last time I bought something at Lazy Boy the were having a buy one get one sale, I told the salesman I would com back after the sale when their prices came back down because I only wanted one chair. He then said he could sell me one at half off.

The same goes for auto financing, to get “free” financing on a car, you have to give up either a rebate or a discount or buy a dog of a car that they can’t otherwise sell.

There is no free lunch. The wise man looks to get his moneys worth. The fool gets sucked in with a “bargain”.

Can you ask to have all the fees included, even sales tax and registration, sure, the dealer will just figure that into the price. If you mean can you get the dealer to include those fees and taxes, after you have negotiated the best price,no. The profit the dealer makes on a new car is usually lower than the fees and taxes around here.

That translated to a modest hike in monthly payments for a $34,968 vehicle, which was the average price of a new car in 2017 according to Kelley Blue Book: The monthly note on that car rose from $688 to $691.

From your link, I doubt $3 a month is newsworthy.

If anyone thinks they are getting interest free or lower than cd rates on loans, they are deluding themselves.

I suppose that might be true for people who price shop above anything else, but that’s not me. We bought a house, we needed furniture, we shopped around several stores and found what we liked and needed at that particular store. The price is the price, we could have bought cheaper furniture but it wasn’t what we wanted. We could have bought more expensive furniture but we didn’t like it any better. We would have bought the same items regardless of financing options. But when given the choice of paying $3600 right now or $100/month for the next 36 months, why not finance?

The same goes for auto financing, to get “free” financing on a car, you have to give up either a rebate or a discount or buy a dog of a car that they can’t otherwise sell.

Nope. My wife decided exactly what she wanted and found the car that met the requirements. The negotiated price of the car included a GM rebate, Cadillac first-time buyer incentive, and dealer discount that took about $6000 off the price of the car. We had already arranged our financing through our local credit union, and the dealer offered to beat their interest rate.

As a side note, I always try to do business with local vendors and companies, but our local dealer demonstrated such poor service while we were car shopping that we ended up buying from a dealer in another state.

Was the rate lower than the interest on a one year cd at the time?

Eh, I don’t have that level of granularity in my memory, especially with interest rates banging around 1%. It really doesn’t matter. The point is I can cash out $50K and buy a car and no longer have my money, or I can finance it and keep my $50K in the bank and have a car. The cost to do the latter is somewhere around $1000, $200/year for the length of the loan, $16/month. For the cost of one lunch a month I can buy the flexibility of not having my cash tied up in a car. A very small price to pay.

Now granted, I’m fortunate enough to have the ability to do this. I buy what I want or need based on quality and the sales price. But the point of the issue isn’t people like you and me. There are a great many people out there who either by design or poor choice make car or furniture buying decisions based on how much the monthly payment is. There are people who pay 10% interest on a car loan. People like that will be negatively affected by rising interest rates.

When I was a kid I had a savings account. Now I tell my kids not to bother with savings. It doesn’t get you anything. Put it in a 529 plan, let’s go buy a stock, do something with it.