ABS and brake light after cleaning them

So recently I decided to clean all 4 ABS wheel sensors (blue) on my 2005 BMW 325i because they were extremely rusty and I thought it could be the source of a different problem but since I cleaned the sensors, the ABS and yellow brake light have turned on. So I decided to buy brand new sensors and replace them but it hasn’t removed the lights. Did I place them wrong somehow?

Did I place them wrong somehow?

Did you remove the original sensors to clean them? What was the different problem you were trying to address? Did you replace the ABS sensors because the brake and ABS lights were on?

So you have an ABS light AND a brake warning light? The brake light will likely trigger that ABS light so finding the problem with that should solve the ABS light.

First check the fluid level. If that is OK check the brake pad thickness. There is a wear sensor on the pads that triggers the brake light if the pads are thin or if the sensor is broken.

Oh, the reason I decided to clean the sensors was because my car had a limit to how high the rpm could go which was around 3,000 and 4,000 before going into limp mode. The abs and brake light turned on after I cleaned them. So I bought new ones but the light is still on. I can check the fluid and brake pads next but it seems very odd that the problem occured a day after I cleaned the sensors so I might have screwed something myself?

There is no connection between the two things. Where did you get the idea cleaning the ABS sensors would solve this? Do you have a check engine light on as well?

So I bought new ones but the light is still on.

So that was a waste of money, wasn’t it? Blindly replacing parts will empty your bank account and not fix the problem.

Maybe. Seems you don’t have a lot of experience working on cars so, sure, you might have screwed something up. There’s no way for me to know what that might be.

Have the ABS system scanned for its error codes. This will require an OBD II scan tool capable of also reading ABS codes. It will also allow the reading of the brake system warning error you are also getting. If there is a check engine light, again, it will help pinpoint the problem. That will direct you to the source of the problem.

Read up a bit on these tools and where to get them; 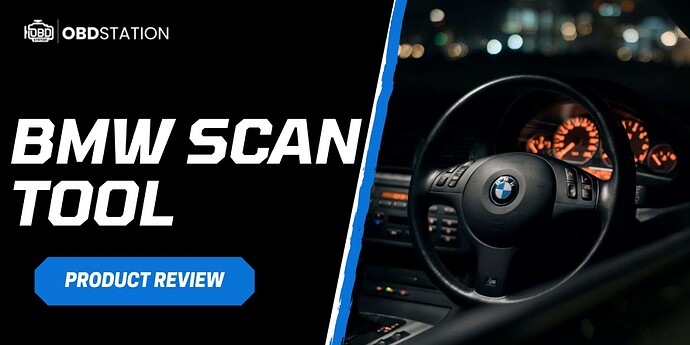 Its not really the money that bothers me because I actually enjoy replacing things even though their not that necessary. I’ll just take it to the mechanic to see whats going on then. Oh well thanks for the help anyways.

Its not really the money that bothers me because I actually enjoy replacing things even though their not that necessary.

That makes absolutely no sense at all.

Hmm, if you enjoy replacing things and still want a BMW, that’s easy. Buy a new BMW then replace every 36000 miles or 36 months, whichever comes first.

How come? I just meant that I like replacing things that look rusted or old but don’t necessarily have an error code.

Is that while sitting still in neutral or park, or while driving down the road ?

It would happen when I’m driving and trying to accelerate. I would have to pull over and start the car again for it to go back to normal.