This is something that I could never have imagined, but as the old saying goes, “Truth can be stranger than fiction”:

This would not have happened if we still had drum brakes.

Ironically, the first versions of the story stated that a “brake drum” came flying through his windshield. Based on the mass of a brake drum, a fatal head injury would not be surprising, but the much smaller and lighter brake pad that actually hit him must have hit in just the wrong place for it to inflict a fatal head injury.

In any event, a freakish accident.

The story did say that it the brake pad was large enough to be from a CMV. That could amount to a pretty big pad! Besides, the way things get screwed up in the news, it could well have been a rotor.

Now, they are back to saying that it was a brake drum, rather than a brake pad.
And, that it appears to be from “a large commercial vehicle”.

Incidentally, the locale of this accident is a beautiful stretch of highway through farm country, so this type of stuff doesn’t just happen in congested urban areas. 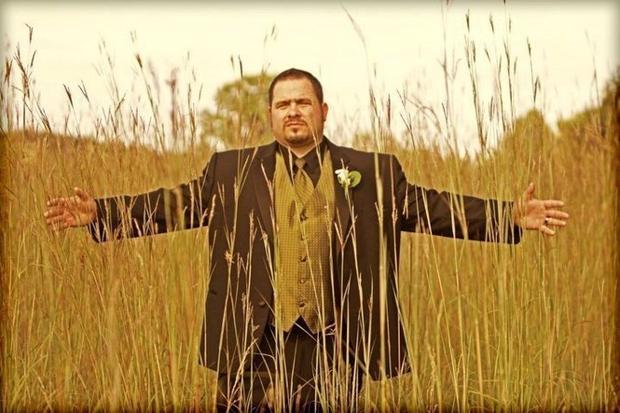 Scott Sabo HOLLAND TWP. — Funeral details have been set for Scott Allen Sabo, who died Tuesday, May 24, 2011 at St. Luke's Hospital, Fountain Hill, Pa. He was 37 and died of injuries received Monday in an accident on...

If a drum really fell off a rig, they should be looking for the road damage it left behind, and then at the local tow places that can move one of those. We all know it takes a special vehicle to tow those baby’s, and not everyone can just work on them.

Is it possible that it was part of a brake mechanism from an aircraft?

Maybe it was a piece of junk metal that fell off a truck. You would think a brake drum falling off a running vehicle would mean that vehicle was no longer rolling along without a problem.

Care to offer a retraction of your first post in this thread now that it has been confirmed that it was a brake drum unit?

Oh yeah, and the vast majority of vehicles sold today still have brake drums on them.

Is it really necessary for Dag to post a retraction?
He merely offered the possibility that it might have come from an aircraft.

“Maybe it was a piece of junk metal that fell off a truck. You would think a brake drum falling off a running vehicle would mean that vehicle was no longer rolling along without a problem.”

+1 on that. I could very easily see a scrapper, hauling a load to the scrapyard, that wasn’t properly tied down causing this. After all, brake drums have heft, and thus scrap value. (It would explain why they didn’t find a truck with an exploded axle nearby.)
karl_sieger July 6, 2016, 1:22am #12

When I used to take off every weekend to explore the wilds of Pennsylvania, putting about 40,000 miles a year on my dodge P-U, I can’t say how many times I saw scrap metal along the shoulder. Once I saw a master cylinder in the road. A friend who was with me said, “Geez, some micky mechanic was having a rough day when he installed that thing!” I told him it fell off a scrap truck; it never could have fallen out of the engine compartment with the brake lines & stuff attached. I’ve also seen a lot of heavy truck brake drums, or portions thereof, laying on the shoulder. One day, I was in a diner talking with a truck mechanic & he said brake drums actually fracture & come off the truck at speed. He related that he’d replaced drums that, when the trucker left earlier in the day, the drum(s) were OK, but by the time the truck got to the shop, part of the drum was gone. Overheating & exploding?

On the other hand, I’ve driven that stretch of I-78 more times than I can count, & along certain parts, the EB & WB vehicles are close to each other, separated by a medial barrier about 4 feet high. With the scrap truck & the car in question each going 65 MPH, the net speed of the drum hitting the man’s windshield would be 130 MPH.
What a horrible, absurd tragedy. My heart goes out to Mr. Sabo’s family & loved ones.
skomjathy July 6, 2016, 1:22am #13

I worked for Boeing in the late ‘60s. Most of the company’s facilities were on the west side of Lake Washington, and many commuters from the eastern suburbs went to work over the floating bridges on the lake. The western end of one of these routes went through a tunnel ventilated by vertical shafts to the top of the hill that the tunnel traversed.

Ice had built up in one of these shafts one winter, and a block of ice broke off, fell through the shaft and through a car windshield, killing the driver.

Seattle has a marine climate, so that despite its far northwest location, its winters are mild, and flowers are in full bloom there in mid-February. It may have been on this basis that, after about a year, a panel concluded that the city could not have foreseen this accident, and owed the family no compensation. It was an act of God. (So was the three feet of snow on the ground on another winter day.) He may work in mysterious ways, but the city does not.

Tridaq’s question, airplanes, Boeing, windshields and death, are the links that brought this event to my mind. Other threads wander all over the place; why not this one?

Sorry about the spacing. It looks OK until I post it.