A quick question about foggiest

Yeah I do remember renting an Impala around 2011 and driving into the hill country in California. It got very very foggy at the top and I couldn’t determine what was on and what was off for the headlights. I actually had to pull the car over and go check to see if the tail lights were on. Oh for the days when the instrument panel had a little phrase in English that said “lights on”.

You got me on that one. The automatic correct feature doesn’t understand PCV and changed it to PVC

Hmmmm… Would a valve made from PVC be durable?
Somehow, I doubt it.

@Dakotaboy If you pull the fog lights on, have you ever checked to see if the tail lights also come on. I don’t think it is a good idea to have the tail dark and the fogs on nor do I think it is legal. I could be wrong, but please check and report back about the tail lights. I am curious. Thanks

Like I said though before, I really don’t think the fog lights on new cars really do much of anything. I can turn them on and can’t hardly see the difference on the road. I was in a snow storm last week and turned them on to see if I could see through the snow flakes any better and nada. Now the big fogs in the old days or on trucks really do work. So really the only thing the new ones are good for is style and to be seen by others-just in my humble opinion.

I remember at one time it was considered “terribly fashionable” . . . as op was speculating . . . to be able to turn on your front fog lamps anytime you felt like it, regardless of what position the headlamp switch was in

There were articles and instructions in car magazines, explaining how to do it, and there were kits available

If memory serves, it was mostly among the european car aficionados

The fog lights in my 2017 Accord illuminate the area below and to the sides of the headlights. The same area is illuminated with the bright lights. I believe the fog lights go off because the fog lamp on the display goes off when I turn the brights on. It’s easy to tell when the fogs are on for me. They are a big help in seeing the lane markers, especially on a highway.

They are a big help in seeing the lane markers, especially on a highway

Agree wholeheartedly with this. Especially in dark rainy weather, it makes the lane lines visible and the Bot’s Dots pop.

I really don’t think the fog lights on new cars really do much of anything.

I find them to be very useful for finding–and dodging–pot holes at night. Mine also augment the low-beams to a certain extent. As to their usefulness in fog, I think that this is minimal–or non-existent.

Welcome back! I have determined the only manual read less than the manufacturer’s owner manual is the state’s driver manual but that’s another subject. My ex had recently purchased her third new Subaru Outback (2010). I noticed on a clear dry day her fog lights were on. I asked why. She replied: They come on automatically with the headlights when I start the car. I easily located the fog lights off switch and showed it to her. She asked if it would damage anything to leave them on. I could not think of anything except expensive bulb replacement and answered no. She decided to just leave them on.

Depending on the make/model of vehicle, the fog lights are used for the DRL’s. 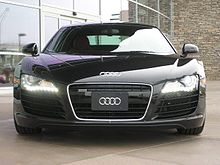 A daytime running lamp (DRL, also daytime running light) is an automotive lighting and bicycle lighting device on the front of a roadgoing motor vehicle or bicycle, automatically switched on when the vehicle is in drive, emitting white, yellow, or amber light to increase the conspicuity of the vehicle during daylight conditions. Depending on prevailing regulations and vehicle equipment, the daytime running light function may be implemented by functionally specific lamps, by operating the low bea...

@Mustangman Please accept my apologies for being incorrect. It wasn’t until this morning that I was able to sort it out. Early this morning I pulled into a parking space in front of a large window. The DRLs only are on when the engine is running and in drive or reverse, with the parking brake off. If the headlights are in the off position, the fog lights are not lit. The fog lights only come on if the headlight switch is set for parking lights, headlights or automatic headlights. Your prior post was correct as stated.

Thanks for the follow-up! No apologies needed. We are all learning here.