50K oil change, will it do more harm than good?

Hope I’m posting in the right place. I’ve just bought a van that the owner has informed me hasn’t had an oil change in about 50K miles. I’m planning to change the engine anyway in the not to distant future but need it to last several months for now. If I changed the oil now, will it do more harm than good? Like will it force sludge into places it shouldn’t be etc?

I know people are there thinking “Why would you buy a van with no service history”… To answer that question, its an ice cream van so even with the lack of service history, it’s still well worth over £5000 due to all the freezers, fridges, chimes etc that are on board

IMHO, the harm has already been done if there is any. Stop any further harm and get the oil changed.

you put $50 each week in gas but wont spend $20 on an oil change? do you eat food? drink beer? smoke cigs? change the oil.
funny talk with seller? uh, do you take care of van? uh, sorta. when did you last change the oil? for the fryer or the motor? 6 months? 1yr? never? oh well.

Scheduled service does not always mean oil change . Have you even checked the oil level ?

Mark, we need to clear up some things. Is this a minivan or a commercial van? I suspect the latter, since you mention cooling equipment. Is this diesel or petrol, what displacement is the engine, and most important how many quarts of oil does it hold? I’d change the oil no matter what. Oh, and is the mileage between changes in miles or kilometers?

I’m going to be a bit contrary to the other responses here. The engine is already junk. Do nothing to it. Anything you do cannot extend its life, nor do you need to. It may run a few more months, or may stop tonight. Change the engine as soon as you can, and let this one rest in peace.

If all you do is change the oil and oil filter, I can’t see how that would hurt anything. If the engine isn’t making funny noises already, I might even try to clean up the sludge to try to extend its life.

To clean it up, I’d try removing the oil pan, removing the valve covers, and spraying copious amounts of “top engine cleaner” (or carburetor cleaner if you can’t get top engine cleaner) to dissolve as much sludge as possible and let it run down onto the ground. And when I say “onto the ground”, I don’t mean that literally–put a basin or some cardboard and rags to catch the solvent and dissolved sludge. Then, when you refill the engine with new oil and a new oil filter, there are additives which can be put in which will help dissolve any remaining sludge.

@VOLVO_V70 A service in this country only means oil change. If you ring a garage and ask for a service, they will just change the oil and oil filter, nothing else.

@jtsanders Its an ice cream van, I believe in America they are called ice cream trucks rather than vans. Its a 2.5 litre diesel Ford Transit. That 50K is in miles

@bcohen2010 It doesn’t seem to make any abnormal noises, doesn’t even have a diesel knock. Its a bit loud when revved but it doesn’t sound any louder than other diesels of the same sort of age when they are running. Also still pulls like a train considering both the service history and the fact its got over 220K miles on the clock!

I would change the oil and filter. If I wanted to go one step further, I would remove the valve cover and wipe out what gook I can and especially make sure the oil drain holes are not plugged - wipe them clean with Q-tips or a small bottle brush, for example.

I’d have to change the oil if for no other reason than to see what the old oil looks like when it comes out! I do not think the fresh oil will do any harm, and a new filter would be a definite plus to possibly keeping the engine alive.

Changing the oil will NOT do any harm. You concern about knocking loose sludge etc is not completely unfounded, but that usually happens when someone takes an engine in this condition and uses a harsh engine flush chemical.

Oil has some detergents in it that will slowly dissolve sludge and other deposits. What you should do is watch the oil quality after the oil change and change it again when it looks sufficiently contaminated. But Diesels oil does turn very dark almost immediately after an oil change so you may need to get a professional oil analysis every 1000 miles or so. That is expensive though, maybe just cheaper to change to oil every 1000 miles for awhile.

If your planing on changing the engine in the very near future, just make sure the oil is topped up and you should be OK.

BTW, in my youth, about 40 something years ago, I bought a 1960 Borgward with over 200k miles that had not had an oil change in over 100k miles. Paid $50. The oil filter had long ago disintegrated so only the coiled wire and the two end caps were left, the rest of the filter housing was filled with sludge. It was a cartridge type oil filter. The drained out in clumps. I did the oil change and never had any trouble from the engine.

If you just need this vehicle to stay on the road only a couple more months I’d be inclined to not do anything other than keeping the oil level topped off. Why mess with success? If you want to do something, you should be ok to change the oil filter. I’m guessing the prior owner may have been changing the oil filter periodically, just not replacing the oil. Maybe it was using a fair amount of oil anyway, so they figured when they topped it off it was like an oil change, so only the filter needed replacing.

I had a friend w/a Corolla in the 1980’s who never changed the oil in her car. It was still running fine at over 100K miles. Her reasoning was the same as above, since it required topping off quite often, she had the filter changed, but never the oil. I’m not recommending this method, just saying …

If it was mine I would do it. You are already planning on replacing the engine, and you will definitely have a better chance of putting it off if you do. imhop

I had a friend w/a Corolla in the 1980’s who never changed the oil in her car. It was still running fine at over 100K miles.

I once heard a truck fleet owner say his big-rig diesels sometimes went as much as 100K between oil changes, with no apparent harm so far. Those motors are of course turbocharged to boot. He said they always tried for 15K changes, but when things got real busy…

Oh yeah and there was this letter to Dear Car Talk, about the old guy who never changed the oil in his Honda for 125K, and still no issues: 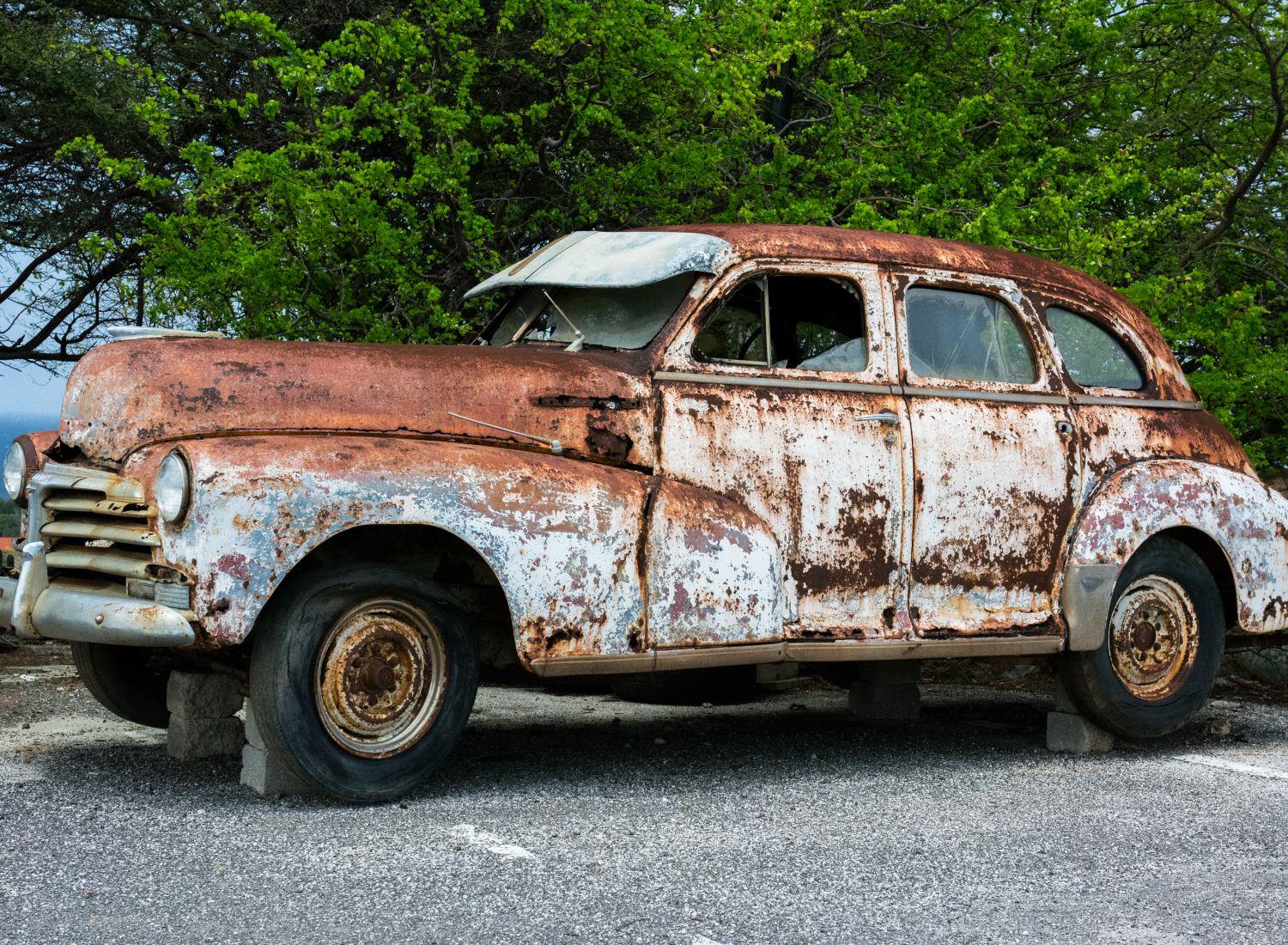 Against all odds, this Honda is still running with its original oil

Just change the oil, what is the alternative? Run till it seizes? Change the oil and motor on, if it keeps running longer than you can keep worrying. You will have forgotten what you were worried about. Dont worry about it, like you said you already have it slotted for another engine…you may never need to cross that bridge. So you win.

Change the oil, eat some ice cream and go cruising…

Why should he do that? He’s changing the engine shortly. I wouldn’t spend a dollar on this one.

The thing could go another 50k miles before you have to do anything, except a quart of oil here or there, not that long without an oil change.