I had a friend helped me hardwire the dash cam for me but somehow he did not wire it to the fuse box which he’s supposed but he crimped it to something else that I don’t know. Can someone tell me what wire he connected it to? And is it safe to disconnect it and fuse it to the fuse box? Thanks in advance. 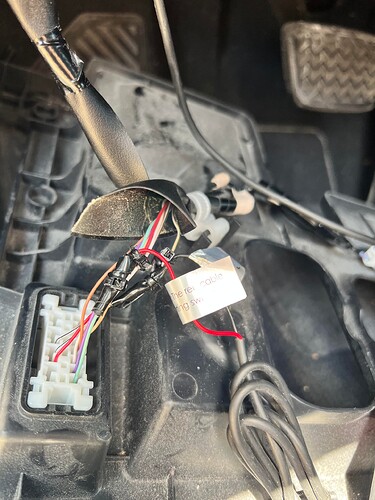 You’d have to show us the modified wiring diagram before anybody here can say whether that home brew modification is properly fused. Circuit modifications don’t necessarily have to be done at the fuse box though. That circuity may already be properly fused.

Thanks for the reply! How do I look for the modified wiring diagram? Sorry I don’t know much about this.

Ask for the modified wiring diagram from whoever installed that modification. If that were done by an automobile manufacturer there’d be an Engineering Change Order document that would include the wiring diagrams as modified. ECO’s have to pass an engineering committee’s inspection process for function and safety before allowed into production. It appears you’ve bypassed that step. So be extra caution, suggest to carry a fire extinguisher w/you for a while at least.

Is it safe to just redo it and disconnect those 2 wires? I wanted to hardwire it myself this time but I need to know if it’s ok to do that

If you are worried about it you can add a inline fuse to it. 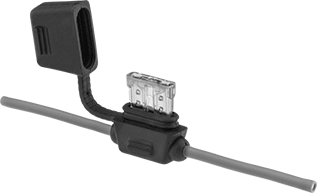 I get the sense you are beyond your pay grade. In other words, best to show this in person to a auto-electric specialist for a proper opinion. I make changes to my own car’s wiring sometimes, but I have the complete wiring schematics to work from, make myself a modified wiring diagram for reference, and I have years of electronics training. I still carry a fire extinguisher.

That is the OBD data link connector. The light green wire is powered by the OBD 7.5 amp fuse in the left side instrument panel fuse box.

You don’t need a fire extinguisher.

so does that mean it was properly fused? Is it a permanent power supply or an ACC? Btw the black wire (negative) is supposed to be ground wire but he fused it with the light yellow wire. Im not sure if this good or bad

The light green wire is powered by a 7.5 amp fuse, I don’t believe you need a second fuse. That wire is “battery” powered, always on. There are after market accessories available that plug into that connector and use that as a power source.

The two white with black tracer wires are ground.

That would make more sense! Thanks a lot man

That wire is “battery” powered, always on

Just to be clear… because your dashcam is wired this way, it is ON all the time and could drain your battery if the car is left to sit for a few days, a week or longer. That time period will shorten as the battery gets older. The red wire needs to be connected to a switched power wire…through a fuse… so this doesn’t occur.

If those wires for the dash cam are connected just by being wrapped around the bare wire with no solder (I’ll bet they are!), take the car to a shop to have them properly connected!

If those wires for the dash cam are connected just by being wrapped around the bare wire with no solder (I’ll bet they are!), take the car to a shop to have them properly connected!

And never let that friend touch your car again !