When I’m done driving, and get out of the car, it smells hot. I’m not smelling oil or coolant… Just smells kind of electrical hot.

Sounds like one of your brake caliper is starting to seize. This will cause unusual heat and smell from the affected side. Take to a mechanic ASAP

You might have the seam around the head gaskets checked. It could be weeping oil or anti-freeze; a not very rare thing to happen with Subarus. 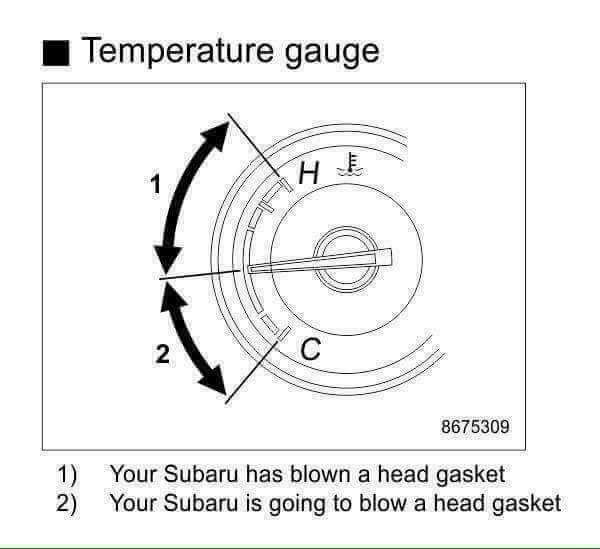 I’ve never seen that one Tester. Thanks for giving me the laugh of the day!!!

Will do! Thanks for the prompt reply.

Sniff around each wheel after you have driven the car. Brake pads that are sticking can have the hot smell that reminds one of overheated electronic equipment.

The odor of burned electrical insulation is pretty unmistakable for someone w/electrical system experience. Burned oil has more of a smoky odor, while insulation has a acrid, caustic chemical odor, along with the smoke smell. If you know someone who’s an electrical engineer , diy’er electronics hobbiest, or a pro mechanic who works on car electrical systems, ask them what they think. Then at least you’ll know if it is an electrical problem or an oil leak problem. Other than brake problems, most of the time odors are caused by fluid leaks hitting the exhaust system. Electrical problems causing odors are less common, and when they occur are usually due to wiring and gadgets that have been added after the car was manufactured, like alarm and stereo systems.

Good morning guys! My mechanic came over to take a look last night and discovered a small oil leak we’re going to keep an eye on. Thank you so much! Love your show by the way!!!