This is my first post, so please forgive if I’ve omitted any information that is typical on these threads.

I have a 2006 Subaru Forester with 95,000 miles on it. Earlier today the CEL (solid) and cruise (flashing) came on while I was driving. I believe it may have occurred as I was accelerating up hill. I filled up yesterday, so I tightened the gas cap when I stopped. On my way home, I stopped by my mechanic and they read the code; P0420 Catalyst Efficiency Below Threshold Bank was the code that was read. They reset the code for me but told me that the catalytic converter is what needs to be replaced.

Thanks for your assistance.

There are a number of things that can cause this code to be thrown, and most mechanics have the ability to get enough into the weeds to get you the correct diagnosis.

What the system does is watch the incoming exhaust stream (O2 sensor before the cat), and then watch the outflowing stream (the rear O2 sensor, after the cat). It’s basically looking for a jumping signal going in (you can sorta relate is to a sine wave if that helps), and a more or less stable input from the second sensor. (sort line a straight line). That’s not exactly how it looks

Breaks/leaks in the exhaust system can cause them, too.

But, your main culprit is either the O2 sensor, or the cat itself. A scan tool with the ability to read live data will allow your mechanic to tell which one it is.

I’d fix and keep the car. But as the above post says, get a more definitive diagnosis.

I would clear the code by disconnecting your batt for a minute… then reconnect.

See if this returns. Like Chaissos described…the Two O2 are doing a comparison…Exhaust Before the Cat and then After the Cat… What they need to see is a decrease in emissions from the first O2 to the second… Many many causes for this general issue… exhaust leaks and failing o2 sensors being the most common.

Contrary to popular belief…the CAT is usually a lifetime of the vehicle type of component… Unless you physically smashed the cat…or used Leaded Gas…or did some other Heinous thing to it…the cat should be just fine… Suspect the Cat LAST.

In most cases replacing the Second O2 the one after the cat fixes this issue. To be sure you would need to know how to test the signal output of both O2’s

I hate to tell you to replace anything without putting the sensors thru simple tests however… But in my findings…its usually the After cat O2 if no other issues are present.

I can see how a sluggish upstream sensor could cause P0420

Can you explain how the downstream sensor could cause P0420

I can think of a few things, but I’d like to hear your thoughts first

On my 2006 Outback I had the same thing happen, even after replacing both sensors, and the mechanic recommended running a couple of bottles of Techron through after clearing the code. I did that and the code has not come back. Subarus are evidently very picky when it comes to monitoring how the cat is doing, so you may want to go a cheaper route first before spending more money.

If the Check Engine light is flashing while driving the vehicle, it’s an indicating that a major misfire is occurring.

And a major misfire can damage the engine/catalytic converter. 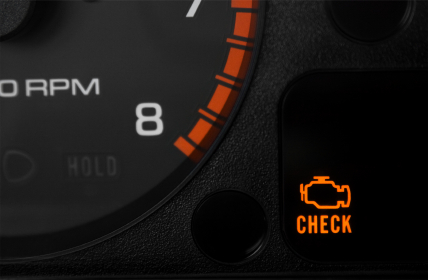 A flashing CEL (Check Engine Light) is something serious to be concerned about. A flashing check engine light indicates engine misfires and can result in costly repairs

Depending how long the vehicle has been driven with the flashing Check Engine light, will determine the cost of repairs.

I think the OP said the CEL was on solid, not flashing. It was another dash light that was flashing, the cruise control.

As posted above, you need a shop with the proper equipment to determine whether the problem is the cat or not. They need to do a real time evaluation of the signals from the two O2 sensors, one pre-cat, and the other post-cat. And that requires a more sophisticated set of diagnostic equipment than many shops will have, so best to have this done at a shop that specializes in Subies if possible. No need necessarily to use a dealership, there’s probably several inde shops in your area that have the proper equipment and expertise. You’ll have to ask around is all.

95K for a cat to go south seems unusual to me. I’d expect it to last many more miles than that. But I’ve no experience w/Subie cat’s lifetime expectations either, so maybe this is to be expected. Cats can be prematurely damaged if oil or coolant from the engine somehow goes out through the tailpipe, or if the mixture is rich, so that’s something to check too. You don’t want to pay for a new cat, only to have it ruined again by an engine spitting out an overly rich exhaust.

If you need a new cat, $700 parts/labor seems like a pretty good deal. Is this an OEM cat, or aftermarket? In any case, whether spending $700 makes sense or not, it depends on the result you like. In the best case, =after you spend $700, the car may run well with needing much more than oil and coolant changes for another 3 years. But it will still be a 9+ year old car. It won’t be as reliable as a new car in other words. And it wouldn’t be that unusual to have some other expensive problems occurs, like needing transmission work. It’s a gamble in other words. Me, I think its a pretty good gamble to stick with this car – provided over its lifetime you have kept all the routine maintenance suggested in the owner’s manual up to date.

In answer to your questions, it is very possible that the converter is okay and your mechanic is correct about the car in my opinion. The car will last you way more longer than you want it to at the rate of mileage to years you have on it

If the O2 sensors check out okay and there are no other issues with the exhaust, like coolant leaking into the exhaust due to bad head gaskets then I suggest you try the Techron in the tank trick like @jdmere suggested. A couple of tanks of gas with that additive may help burn out any contaminates in the CAT and increase the efficiency of it and thusly clear the code.

You have done a lot of normal work on the car and even though it is getting up in years you really don’t have much mileage on it. You should be able to triple that mileage before really wearing out the engine and other things. Hopefully you have fixed the things that were bad and this repair won’t cost you at lot to fix it. If you do decide to sell the car you will not have any trouble doing that, especially with the low mileage. You should be able to get a good price for it but I highly suggest you keep it. One important and fairly expensive maintenance issue should be coming up soon. That is the timing belt change along with the other things that go with it. That should be done at about 100K miles if it hasn’t been done already. It may cost around $1,500 dollars to do it (I am guessing) but by doing that it will hopefully be a long time before you need to spend that kind of money on any repairs for the car. Keeping the car and fixing things as needed will save you a lot over getting a new or another used car.