I am working on a 2003 toyota matrix 1zz-fe automatic.

some reading suggests that it is the idle air control any other thoughts?

“vacuum hose that pulls from the air intake”

Could you be more specific? What does the other end of this hose go to?

George, I have not done that but will look into doing that tomorrow

I’m not familiar with that engine configuration, but a hose from the air cleaner to the throttle body might not be a vacuum line; it’s more likely a method to route extra intake air into the engine to speed up the idle, like for the idle air control function.

which could indicate that the idle air control is stuck open letting too much air in? maybe the reason why when I plug the hose it runs better

Is it in this picture?
You mean the hose that’s ~3 inches diameter?

If that hose supplies filtered air to the IAC, and the problem goes away when you plug that hose temporarily, then you are probably looking at a faulty IAC. Are you certain this car has an IAC? Most Toyotas seem to have gone to an electronic controlled throttle, which eliminated the need for an IAC.

But maybe that hadn’t been done yet for a 2003 Matrix. Double check on that first though.

The Corolla/Matrix switched to drive-by-wire in 2005.

this is the hose (not the 3"er), it actually connects immediately after the throttle body. and the IAC removed and cleaned.

I just soaked the coolant end in boiling water for a few minutes and connected the switch and turn on the ignition and the valve did not close all the way… letting too much air in? maybe back to my theory on why when I cut off the air from the air intake housing it smooths out?

*not sure if the IAC is ever supposed to close all the way.
*not sure if my test method would be hot enough but it did get it too hot to touch.

yes steve, we did reset the ecm and now I’ve cleaned the throttle body (should have done before but it wasn’t too bad) and resetting the ecm again. not sure that the iac is closing all the way when warm or if it is even supposed too.

I can’t say if the IAC is supposed to close all the way or not w/hot coolant. It could work either way, as long as it was consistent. But your tests are certainly pointing to an IAC problem. One solution, just clamp off that hose and drive it without the IAC function for a month or two, see if it continues to run fine. You’ll have to step on the gas to keep it running the first couple of minutes is all, only after cold starts.

I have some direct experience with this problem actually, now I think about it. My early 90’s Corolla (4afe engine) has a coolant-temp activated IAC that failed a couple years ago. It’s a thermo-wax design, immersed in the coolant, and that is basically like a thermostat, and that design isn’t robust for the life of the car, which is also who we have to replace thermostats I guess. The symptom was high idle speed. It would still run ok, other than that. The IAC is integral to the throttle body on the 4afe engine, so there’s no way to fix it without replacing the entire throttle body. My solution? I just blocked off the air path to the IAC. And I do exactly as described above, just have to keep my foot on the gas at first to prevent stalling. In colder climes this wouldn’t work as well, but here in San Jose CA, even in winter it is hardly a bother.

it idles at about 900 rpm and the needle holds pretty steady but it sort of sounds like it is going to stall, a little sputtering. it it like a small surging but the rpms don’t seem to fluctuate with the sound. if I hold a paper behind the muffler it definitely has an irregularity

I’ll try to plugging the vacuum line and see if that helps, it doesn’t go directly to the IAC but to the intake manifold just after the TB

It doesn’t make sense to me to have a vacuum line go to the air filter box.
I have a 2006 Matrix which is probably a little different than the 2003.
There’s vacuum lines going to the pcv valve, the brake booster and the EVAP purge valve.
There is a crankcase breather hose, but that’s not under vacuum.
Maybe you have that line mis-routed?

yeah, I think you are right. I don’t think it makes sense to have a vacuum line there. Although the guy that did the rebuild say he is sure that’s where the hose goes. I am having a hard time finding a vacuum diagram to compare.

Toyota usually places a diagram of the vacuum line routing on a sticker under the hood. If not there, I think a dealership shop would be happy to supply you a copy provided they aren’t super busy.

First, remove the plastic engine cover.
Now, have a look at the valve cover. This is what it looks like bare:

On the lower edge to the right is a hose fitting. This hose should go to the air intake.
It lets fresh filtered air go into the crankcase and valvetrain area.

On the upper right corner is the PCV valve and its hose fitting.
One of the vacuum hoses should go to this.

Another vacuum hose goes to the brake booster.
It’s the round black canister (behind the brake fluid reservoir)in the upper right corner of this image:

A third vacuum hose goes to the vacuum switching valve, which looks something like this: 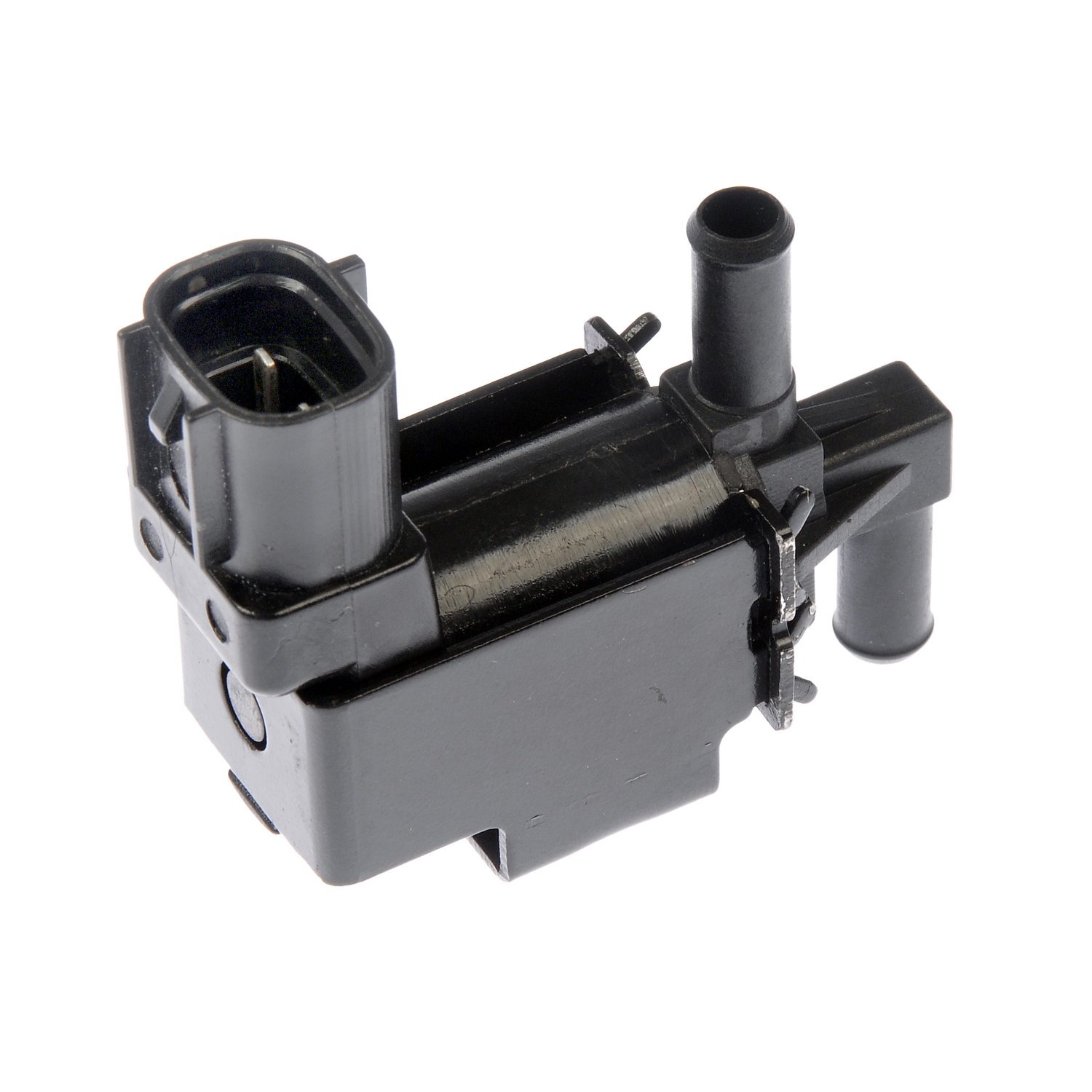 thanks everyone! It was a mis-routed vacuum line and we reset the ecm and so far so good!