So obviously while this car is not a corvette, it still has some go and is fun to drive. I am seventeen and my dad says I drive it too hard and will be paying for any damages I make to it. I want to ask if his concerns are valid or not. I’ll admit, I do like to feel the power sometimes. I don’t floor it all the time, but I’ll push each gear to about 4500 rpms before shifting (it’s manual). However, he accuses me of shifting way too hard and not being easy on the clutch. I do shift fast, but not hard, violently, or roughly. What are your thoughts? could I be killing the car too early or damaging it?

6 cylinder E46 BMW 3 series… Fairly robust but not unbreakable. It IS a 17 year old BMW and it WILL cost you a LOT of money to repair if you break it. A LOT of money. Your dad is right, you WILL wear the car out faster driving like you are. Clutches are very expensive. The harder you drive it the faster it will wear. If your dad thinks you are banging shifts, you probably are.

That said, we’ve all been 17 once, many of us have hammered cars exactly as you are now doing. Most of us have learned the hard way that isn’t a good idea. Especially if you are doing this on public streets. Go find your local SCCA autocross program… Google “SCCA autocross solo 2” and find the nearest one. Go watch. Get a “minor waiver” so you can enter and drive. Learn how to control your car and enjoy it in a controlled environment instead of the public roads.

You will also find like-minded folks that can help you learn how to work on your BMW yourself. It can be a great hobby (or overwhelming obsession!) and the skills you learn can save your life out there on the road. Good Luck!

Questions :
Who paid for this BMW - If your parents then you drive it like they say

Who is paying the outrageous insurance premiums - If parents their rules

This is an BMW that is 17 years old with unknown mileage so who knows how fragile it might be.

I would upshift at 2500 under light throttle, save the 4500 shifts for those times when you NEED really fast acceleration.

Based on my experience here are some things that are usually true:
-17-year olds do tend to have trouble understanding appropriate speeds

ps - you should be shifting that car at about 2500 - 3000 RPMs most of the time in normal traffic. You won’t. When I was 17 I had a Supra. (second car) I redlined it often. Burned out the clutch, crashed it twice, did other stupid things, now I’m a dad and I get it.

And thank you for posting at CarTalk. We would love to have more 17-year olds here in the community. Please post more questions as you have them come up.

It takes a lot of clutch skill to shift smoothly at 4500 rpm and not wear out the clutch quickly. If there’s any jerking at all, or if you’re keeping the clutch partially engaged for any amount of time, start saving up for a new clutch. It might already be close to worn out.

17-year olds do tend to have trouble understanding appropriate speeds

… and even 19 year olds, as evidenced by articles like this: 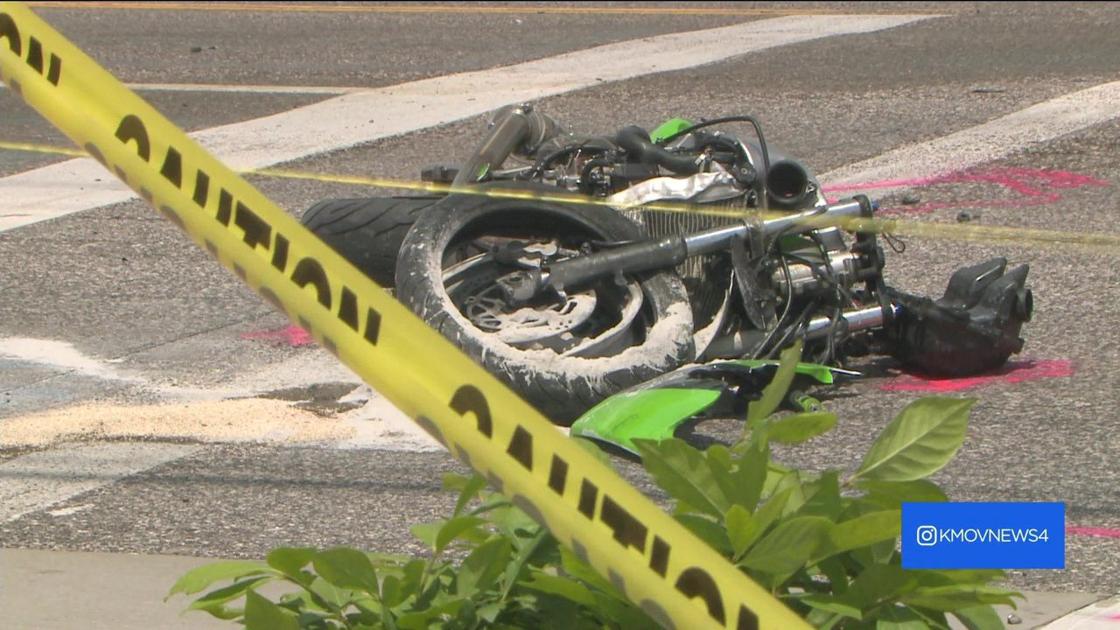 'It's tragic;' 19-year-old dies after motorcycle crashes into SUV in St. Ann

Officers in a St. Ann patrol car saw the motorcyclist speed by, they flicked their blue light and called dispatch when the bike crashed.

Being a teen driver is the most dangerous (legal) thing most folks will ever do.

I know that 17 year old me thought he was a lot smoother on the clutch than he actually was. I’d get fussed at by my dad because I’d pop the clutch when I shifted. That jerk felt like acceleration to me, but what it really was was me abusing the car.

As to shifting at 4500 rpm, if I recall the redline on that car is somewhere around 6500rpm. As such, you aren’t doing any damage at all by shifting 2000 below redline. Generally in modern cars, as long as you’re keeping up with oil changes and waiting until they’re fully warmed up before you get your foot into it, then as long as you aren’t bouncing off the rev limiter you’re fine.

The first thing to break on this car based on how you say you’re driving will be the clutch disc, not the engine.

Daddy knows best. But nobody believes it till they’re a Daddy. Have fun, but not too much.

Daddy knows best. But nobody believes it till they’re a Daddy.

To paraphrase the very wise and witty Mark Twain…
When I was 17, I couldn’t believe how ignorant my father was.
By the time I got to my 20s, it was amazing how much that old man had learned.

Yeah, except when they disagree with Mom. 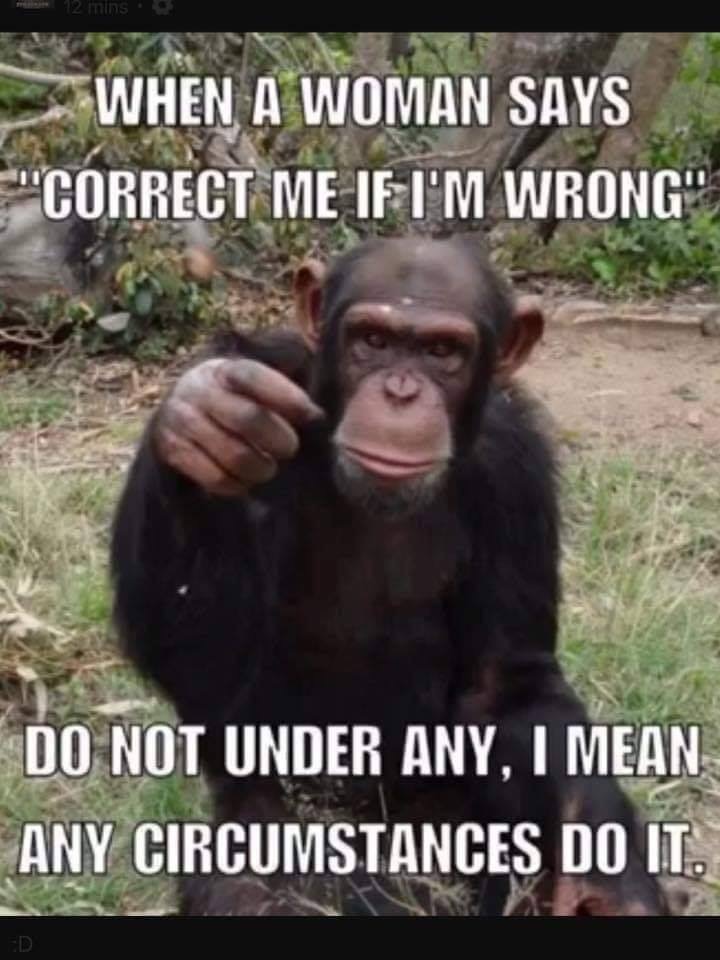 Every mechanical device lasts longer if you’re careful about how hard you use it. Think about it: every rotation of the engine creates wear. Running the engine at 4500 rpm creates more wear that 2500 rpm. Simple fact of physics. Shifting gears also creates wear. The synchronizer cones rub until they bring the gears up to the proper speed.

Have you had to buy tires for the car yet? I live on a winding country road. When I first move here, I had an Audi. There was very little traffic, and it was great fun carving around the corners. Not enough to make the tires squeal, but enough to be fun. Then I realized that I had gone through a set of tires much faster than when I lived in the city and drove the car much easier. I also narrowly missed a deer one evening and realized the hassles that could cause. It was around that time that if I’m having “fun” driving on a public road, it’s probably dangerous–to me and to others.

So, I have a challenge for you. See how smoothly you can drive the car. Pretend that you have a couple of old people in the back seat and you’re trying to make them as comfortable as possible. You will be rewarded by having a very nice car that feels really good to drive–and stays that way for a long time. And being able to use a manual transmission smoothly is a very rare skill among people your age.

Pretty much everyone here is right. Whether you think you are or not, by your description, you are driving the car fairly hard. This means more wear and tear on the parts. You don’t give any details on milage, how old the clutch, brakes, tires, etc are, but the car is as old as you are. That’s like 80 in car years.

Just for your own education, call your local repair shop and find out how much it costs for a new clutch, brake job and tires for this car - it may change your driving habits!

When I was 17, I had a 10 year old Corolla. I put a cheap aftermarket cassette deck in it that would warble if the car jerked too much - I learned to shift very smoothly so my music sounded good and inadvertently learned good shifting techniques because fo it. rplantz’s suggestion of driving like your grandparents are in the back seat is a good one. Not as ‘fun,’ but much easier on the car and also safer.

Yes. Take it easy if you want it to last.

Just an update - I’ve been watching my tachometer the last couple of days. I have a 2017 Audi A4. During what I consider normal acceleration (which generally keeps me even with everyone else leaving the stoplight,) the automatic transmission shifts around 2500 RPM. If I accelerate hard it might go up to 3500 and I’ve never had it up to 4000.

Replacing the clutch in some cars can get very pricey because many other parts have to be removed in order to get at the clutch.

But if the fun of driving it hard is worth the potential repair, have at it. Just try not to get into any accidents which happens often to driver’s with your age and experience that drive hard.

The higher the rpm during shifting, the faster the clutch material will wear out. But the clutch should still last a long time at 4500 rpms shifts; i.e. 4500 rpm isn’t way over the limit. I rarely get to that rpm while shifting my Corolla, but I’m just an old geezer who is satisfied to put-put about town in a prudent and safe manner.