what is your personal opinion on this year model car?

They were tough little cars and if well maintained, would go very far.

There is a guy in town here who has one with about 1 million miles on it. It spent most of its life in Nevada, so corrosion was not a problem.

In short, it depends on the maintenance it has received.

I like it better than some, worse than others.

Sorry, but is there a real question here?

Why do you ask?

When I was in college, my dad had a Celica GTS of this same vintage and I had a prior-gen Celica Supra. At the time, they were pretty cool cars. About 135 hp, and of course, stick shits were the standard transmission. They came in two body styles, coupe and fast-back hatch.They handled very well. Sporty and reliable. The car name lived on in the smaller car that replaced 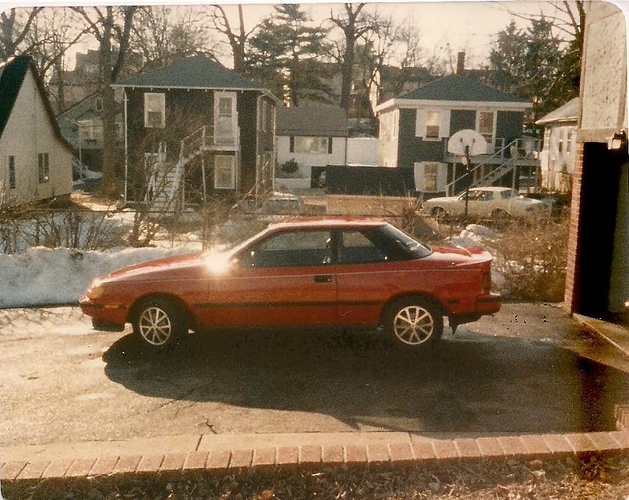 dad&#39;s celica gts 001.jpg873×693 222 KB
that generation and then the Scion tC (Toyota Celica) carried the flame until last year. One problem with the cars today is that very few were treated as special and so have been beaten up pretty good. Ours was treated very well, but still had lived out its useful life by year ten of its ownership. He sold it to a young woman for short money almost as a favor. If you’re looking for a restoration project, there are better cars to start with (Supra for one). If you found one to use a daily driver, as always, take it to a trusted mechanic to see if it will give you a return on your (short) money.
aguilar1 April 24, 2018, 3:16pm #6

Thank you for all your emails. I decided to go for another car. Bye

Celicas were terrifically fun cars made in an era long before Toyota decided to be the go-to company for people who want boring cars.

As mentioned above, they were very tough little suckers too. They would take a lot of abuse. They were also pretty common so parts availability isn’t going to be quite as much of a pain in the butt as some cars from that era, but you will most likely run across a hard to find part at least from time to time.

That might mean you will need to go junkyard diving to find what you need, or get creative replacing it with a substitute.

But if you’re looking at this for a fun summer toy, then yeah. It’d be great for that.

I own a 1979 Celica (20R engine, W50 5 speed tranny.)
Absolutely bulletproof engine. I’m not sure about the engines in the 1987 models, but when Toyota switched to the 22R engines in the Gen 3 Celicas, the single row timing chains and plastic guides were not as reliable as those of the 20R.

In over 200,000 miles, I have yet to get “stuck” anywhere in this car. Then again, it’s properly maintained (one drop of oil leaking and I get bent out of shape). I go through EVERY maintenance item (greasing ball joints, checking air gap in distributor, vac advance, charcoal canister purge valve,choke pull off, etc- ANNUALY).

As far as Shadowfax’s comment about winter driving: I DON’T. The car is terrible in snow. I drove it once in two inches of snow when it was new, and almost spun out. So, I never had rust problems.