I have an 08 Gr Cherokee with a 4.7, with about 78k miles on it. Both sets of plugs (upper and lower) were changed with same brand and part number that was in it before.
About 100 miles later, car began to miss, check engine light flashing. Code P0300 was a pending code.
Over the course of the last week I have:
Put original plugs back in
Swapped coils
Swapped boots
Swapped wires
Swapped injectors
Compression tested all but 7 and 8 and they are all almost identical
When at idle, at first start up, I can watch cylinders #1 and #3 misfire, then stop misfiring when idle evens out. If gas pedal depressed/engine revved, misfires come back. They also come back under load
I have just removed the intake manifold to check gasket and to see better into the cylinder.
Going to put new gasket in, but I’m at a loss at what to do next

Hook a fuel pressure gage to it. Check with pressure regulator connected and disconnected.

Agree with @tcmichnorth. When you’ve totally addressed the ignition issues to solve a misfire, the next step is to investigate the fuel supply. Pressure and flow for general problems and fuel injectors for individual cylinders. If pressure is within spec at idle and while running down the road, try replacing injectors in 1 and 3 or swapping injectors in 1 and 3 with 2 and 4.

But I will be reassembling intake tomorrow and hook to fuel gauge and see if there are any signs. But bank 1 is on same side as fuel supply line, so I’d think if fuel delivery issue, it would be cylinders 6 and 8 that would have the issues, since they’re the farthest from the supply?

ould be cylinders 6 and 8 that would have the issues, since they’re the farthest from the supply?

Not neccessarily, I am thinking or the injector itself. Sticking, clogged, leaking. Distance wouldn’t really have an effect.

If was injector sticking, misfire would have followed the injector (which were moved twice)

since it happened after work was done, my first suspect is a vacuum leak has been introduced somewhere, consistent w/the fuel trim at idle on both banks; the fuel trim data at 2500 rpm tends to disprove that idea, but if you have a vacuum leak it shows up way more at idle that higher rpms. Start by carefully visually checking the entire intake air path from the engine air filter to where it enters the throttle body. Anything loose, missing, torn, or otherwise leaking there could be the culprit. You don’t have a p0420 code, right?

Yes, I agree about the definition of the P0300, but with the live data, I am able to see that the only cylinders actually misfiring are 1 and 3.

I’ve smoked it, isolating all parts of the vacuum system, intake system, and even removed the manifold and replaced the gaskets and unable to find a leak.

How about a compression check?

I compression tested all cylinders but #s 7 and 8 and they’re all pretty much identical. I am going to do leak down test tomorrow and see if that gives any more information

Do you observe a robust blue-white spark at number 1 and 3 spark plugs during cold-start cranking?

Wait… you have swapped other coils into the position of 1 and 3… what was the result? Did known working coils then misfire in the locations of 1 and 3 again? Did the swapped coils not misfire in their new locations? Sorta need the results of that test…

If you are moving on to injectors… have you employed a Noid light in this diagnosis? Methinks you need to do that at the very least. There may be a problem on the ground circuits of 1 and 3 going to the ecu.

Cranks usually fire the coils and cams usually fire the injectors…Find out how your system is triggered and locate the sensors involved, they should be tested. A 300 random misfire is often the result of a bad sensor in my experience… Misfires can get tricky, I know, but the last one I resolved was done by replacing a cam sensor.

Live misfire data showed that although the only code being set was a p0300, only cylinders #1 and #3 were misfiring.

While watching live data, at cold high idle, those cylinders had occasional misfires that stopped at idle. The misfires returned when engine rpms increased.

The same was done with the spark plugs in intake and exhaust. This engine has two spark plugs per cylinder with a small spark wire going from the exhaust spark plug to the coil which sits on the intake plug.

Next the spark plugs one at a time were moved to a different cylinder. The misfires remain in cylinders #1 and #3

Next the spark plug wires were moved in same fashion. No change.

Next the fuel injectors were moved in similar fashion.

Then because I had a whole kit of injector o rings, I removed entire rail and replaced all of the o rings and again moved the injectors swapping banks:

This also made no difference. 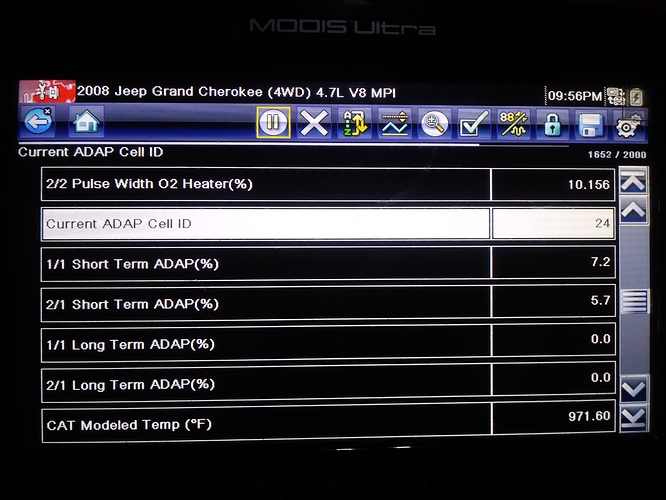 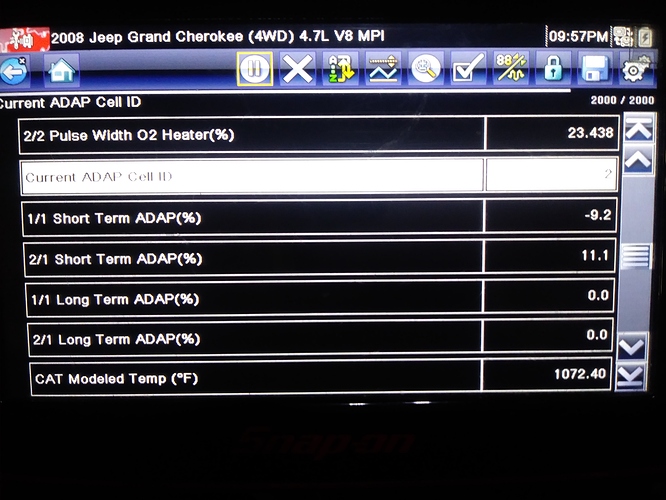 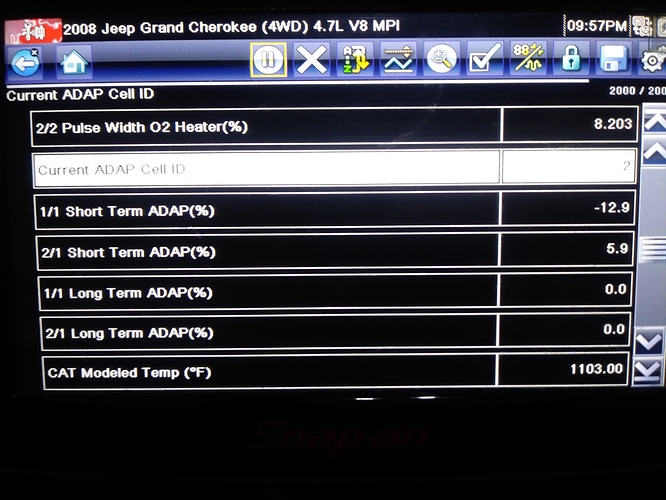 There may be a broken valve spring on cylinder 1 or 3.
If a small part of the valve spring is broke there can be enough of the spring left to close the valve at idle and during a compression test but the valve will float or bounce at engine speeds above idle.

Remove the valve cover and inspect the valve springs.

For diagnostic purposes I pay more att’n to the long term fuel trims than the short terms. The long term ft’s look perfect for all your tests. If I had this problem I’d be looking at the spark plug waveform pulse with an o’scope, comparing cyls 1&3 to the others. Do you have access to a lab o’scope?

The long term ft’s look perfect for all your tests.

That is because the PCM memory has been cleared, long term fuel trim will never stay at zero.

Ah, ok. It did look sort of fishy. So what are the long term ft’s OP?