She was lamenting that she probably won’t be able to find another manual transmission car and she’s not far wrong.

Have her look for a Civic Si. A few new ones near me.

I got curious and checked Autotrader for manual transmission compact sedans under $20k (we’re both assuming insurance won’t pay much) within 10 miles of her Zip. I found a couple of Elantras and a Forte, plus a few less desirable models.

Bronco and Wrangler are the main 2 manual transmission suv’s currently. Many others used to but were maybe 5% of sales and usually built in batches as 2wd base trims.

We had to rebuild the transmission on the '88 Grand Voyager and the manual transmission on the '90 Protoge got stuck in neutral at a light and eventually we were able to get it into gear and move it into the parking lot. Mechanics took a look at the linkage but Dad decided it wasn’t worth taking the transmission apart at that age and mileage. He was already trying to convince Mom to move on to a new car. Still shifted fine and we drove it for a couple more years. Original clutch with 194,000mi when Mom donated the car to the automotive program at the community college. Several students lerned how to drive stick taking spins around campus.

If properly maintained most automatics will easily last 300k+ miles

Hasn’t really been my experience. I owned a Dodge Ram from new. Changed the fluid and filter every 30k miles, and the trans went out anyway (the first time) at around 140k miles. Oh well. Maybe it was just because it was a Dodge. However, the GMC truck I own now I bought used at 137k miles. Previous owner stated the trans was rebuilt at 80k miles. No idea how it had been maintained, but I doubt a fluid and filter change mid way through that 80k miles would have really done much to save it. But, yeah, 300k miles would be plenty reliable…if I could get one to last that long. I’m not doubting your experience. It just hasn’t been mine, unfortunately. You may do more long distance highway trips than I do.

Now, my dad and father in law both own trucks that have around 200k miles and they’ve never touched their transmissions. Go figure…

I drive a manual now but I think when I replace it, it will be an automatic. I love manuals but now they have become a premium thing, so if you want to buy a manual Mazda 3 or Corolla, you have to buy the higher or highest trim. It is not worth it to me.

Manuals are all you find if you want to rent a car anywhere in Europe. Don’t know about other places, but it wouldn’t be 100% accurate to generalize from the U.S.

Automatics were harder to find in the compact cars we rented in the UK and Ireland back in 2013 but we had what eventually came here as the Scion iM and a Nissan Micra both with CVT’s. The Budget location on the edge of Dublin had a bunch of interesting cars but only 2 automatics at the time. 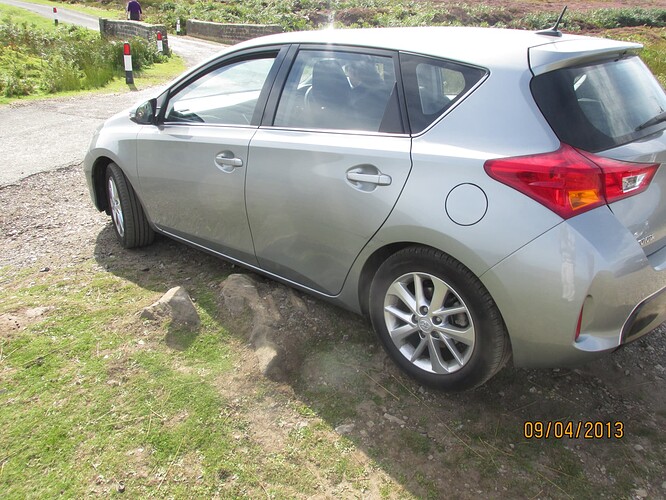 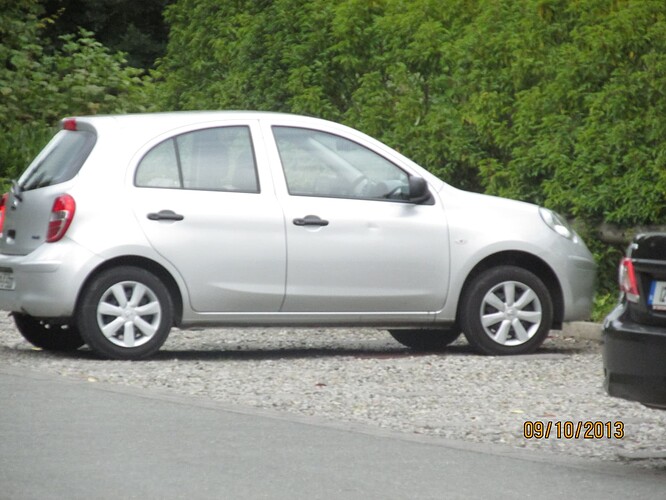 If I had to drive in stop and go traffic I’d want an automatic transmission but I’ve been driving manual transmission cars, trucks, and motorcycles for over 50 years. Never had to replace a clutch or repair a transmission. My 29 year old Toyota pickup that I bought new has the original clutch with 311,000 miles. So in my experience manual transmission vehicles are very reliable. In 2018 I bought a new Nissan Versa with a manual transmission and it was a little difficult to find. Would not have bought it if a CVT was the only option.

+1
I have never had an automatic transmission failure on any car that I have owned, and I will be 74 years old tomorrow.
And, none of my father’s automatic trans cars ever had trans problems.

However, my '81 Chevy Citation–bought new and maintained better than the mfr specified–had to have its manual trans overhauled twice during the time that I owned it. God must have been looking out for me because that was also the only car on which I bought the mfr’s extended warranty. Between that car’s paint problems, its window regulator problems, and its manual transmission problems, I really got my money’s worth from that extended warranty.

I still remember what a chore learning to drive a manual on a 1990s era civic was. Between the super abrupt unforgiving clutch take up and barely adequate low end torque. It took a lot of skill to drive smoothly without baking the clutch. Also no power steering met you had a set up only a masochist could enjoy.

By comparison every Volkswagen of that era was ridiculously easy to drive smoothly. You didn’t even have to try be smooth and your passengers would swear you were a pro such was the forgiving nature of the clutch with mountains of low-end torque.

Today I like both but I always want the better transmission. And in most cases it is the automatic. That is just where most of the development money goes to. It’s very rare that you have a manual that’s been tuned properly like in a Mazda Miata etc.

So I’m definitely not one of these manual is always better people and this from considerable life experience with both.

With the low number of people who want or can drive a manual selling a manual will be difficult . Also if a person has some medical problem ( I had Rotator surgery and a Knee replacement ) they might not be able to drive their own vehicle. They might not even have a relative or friend that can drive it .

Hasn’t really been my experience. I owned a Dodge Ram from new.

That probably has more to do with the manufacturer. Starting with my wifes Automatic Accords…1987 and 1996 both Accords had well over 300k miles with ZERO problems with engine or tranny. We sold the 96 Accord to our Neice when she started college and she sold it when she graduated. Accord had over 400k miles. I sold my 05 4runner with over 300k miles…engine and tranny all original. My wifes 07 Lexus ES350 has over 250k miles. My 14 Highlander has over 160k miles…

Your experience is NOT the norm for properly maintained vehicles.

My brother-in-law who’s a retired Chryco plant manager stopped buying Dodge trucks about the year after he retired. His current truck is a Tundra. Loves it.

If it was glittery you probably had the ‘disco’ option.

Our Highlander has similar mileage. I do a drain and fill every 50k. Might should do it more often. Not really sure, since it’s
supposedly “sealed for life”

Am I getting a biased view of automatics on this site, where I only here sob stories?

This is primarily a car repair forum. People are not generally going to come on here just to tell us that their car is working great.

So yeah, there’s significant bias. It’s something you have to steel yourself against any time you look at car sites on the internet, particularly if you’re looking up information on something you drive. If you’re not careful, you’ll read about people having some problem and then spend a lot of time worrying you’ll get the problem too.

Kinda like first year med students, who often convince themselves they’re dying of some horrible disease because they read about it in their textbooks.

If it helps, I’ve got a mix of autos and manuals in my fleet, and I’ve yet to break any of 'em.

If you’re not careful, you’ll read about people having some problem and then spend a lot of time worrying you’ll get the problem too.

that is true. I am going to need a new vehicle. moving to florida and giving my old truck to a friend. every vehicle that I look at you read about all the problems. the infamous Hemi engine tick on the challenger. the GT mustangs have problems with the manual and auto. now I am thinking on the MACH 1 it has a Tremec. for the longest time I was set on the new C8, but it is like a 8-12 month wait for one. I guess you will find a problem with every vehicle if you look. LOL

The Budget location on the edge of Dublin had a bunch of interesting cars but only 2 automatics at the time.

The first photo you posted showed a Right Hand Drive car (can’t tell about the second photo…). Your posting said the rental agency only had two Automatic Cars at their location. Did you rent the automatics or did you rent a Right Hand Manual, if so, how did you like that? Weird aint’ it? Enquiring minds want to know…

Our Highlander has similar mileage. I do a drain and fill every 50k

That’s been my model for the past 30+ years. Every 50k miles. Since 2005 most toyota’s/lexus’s have been specifying the WS (world standard) tranny fluid. Make sure you use that. Several companies make it so you don’t have to go to the dealer.

10-4. I’ve been using the Toyota WS from the dealer. What do you generally use? Valvoline Maxlife seems pretty popular on Toyota forums, but there was some debate on whether it was recommended.

Not really a huge deal to go to the dealer for it every few years, but I’d avoid it if I can find a substitute that’s as good as the Toyota swill locally.

In my recent visit to my cardiologist, he described the med-school hypochondria as the reverse-placebo effect.