How to protect car headlamp from the sun?

This is the headlight on a 2013 Lexus ES350, the deterioration is not caused by the HID bulb or German plastic.

Well…what was it, do tell!! And how can anyone definitively determine the exact cause

Exposure to ultraviolet light, has this been a secret? Garage kept vehicle do not have this problem.

Exposure to ultraviolet light, has this been a secret?

If UV light is the sole cause, how can you explain the pristine-looking lenses on my friend’s Rav–which was always parked outside–even after 12 years?

Your friend parked his vehicle in New Jersey.

Re: Path of sun in the sky

The sun does in fact rise somewhat north of due east in the summer in the USA/Canada. Here’s the chart for The Netherlands, located about 52 deg N latitude (corresponds to a little north of Vancouver, Canada). Even that far north, on its most northerly day, June 21, the sun rises just 40 deg north of due east. Not even halfway to north. 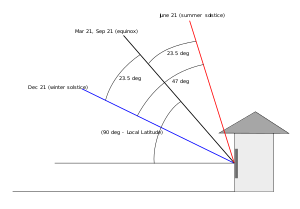 Sun path, sometimes also called day arc, refers to the daily and seasonal arc-like path that the Sun appears to follow across the sky as the Earth rotates and orbits the Sun. The Sun's path affects the length of daytime experienced and amount of daylight received along a certain latitude during a given season. The relative position of the Sun is a major factor in the heat gain of buildings and in the performance of solar energy systems. Accurate location-specific knowledge of sun path and climat...

If you ever wondered why the sun makes it hard to drive Mid-March & Mid-Sept, the same chart shows why. E-W roads line up directly with the Sun at sunrise and sunset.

Your friend parked his vehicle in New Jersey.

If simply parking his car in NJ was the explanation, then why do many other cars in the state have badly-fogged lenses?

The path of the sun for Dallas, Texas. 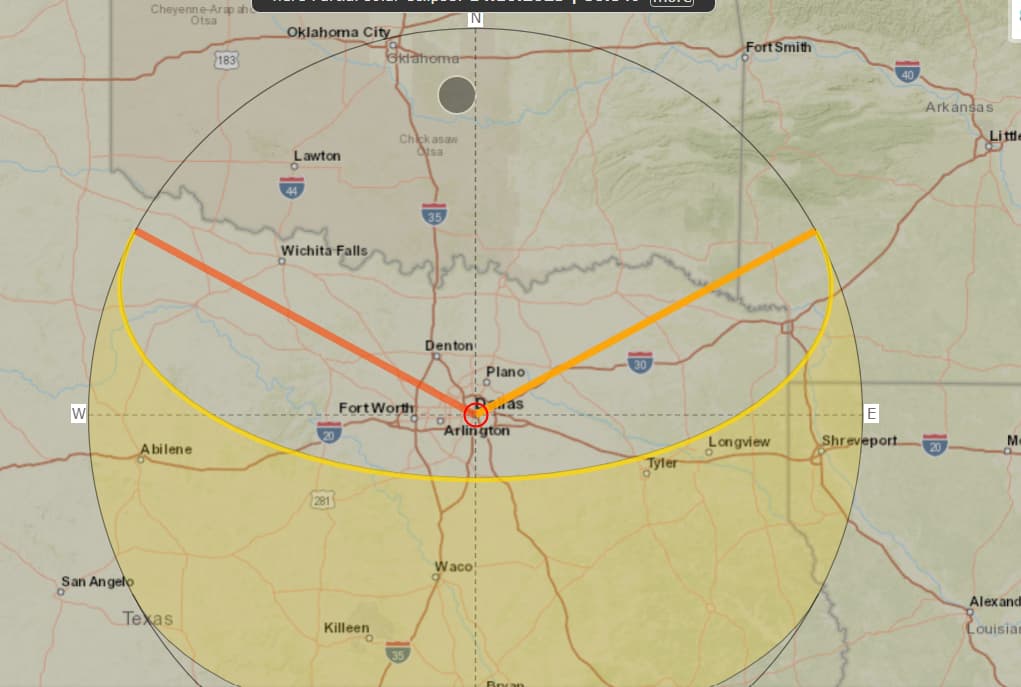 My wife’s 2013 Highlander. It’s always garaged (when she’s home, of course). It’s starting to haze. Regardless of the path of the sun, what’s the consensus on the solution? 3M kit? I’ve read somewhere that once you use a restoration kit, you have to be pretty vigilant about retreating them, or they return to their former state or worse. What’s the scoop?

The headlights on my 2005 Sierra were so hazy and yellow, I just bought aftermarket replacements for about 100 bucks. So far, so good a couple of years later. 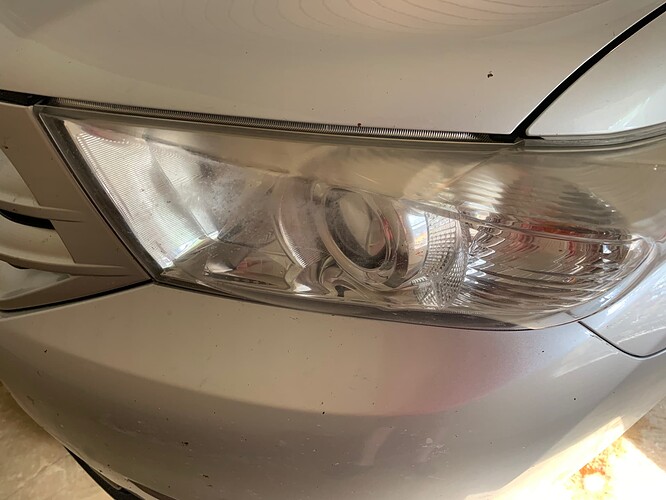 I think that using a good quality wax and replacing it at least twice per year will help. UV light won’t penetrate very far and most of it will be absorbed by the wax. Also, don’t park facing south if you can avoid it.

the deterioration is not caused by the HID bulb

Regardless of the path of the sun, what’s the consensus on the solution? 3M kit?

I’ve had good results with this kit: 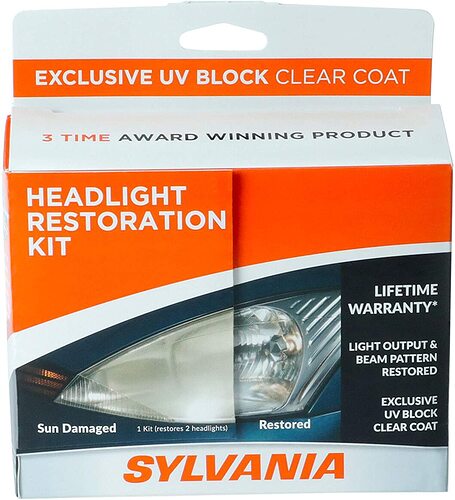 Not on the side of the headlight.

Not on the side of the headlight.

The heat spreads throughout the housing by convection

3M kit? I’ve read somewhere that once you use a restoration kit, you have to be pretty vigilant about retreating them, or they return to their former state or worse. What’s the scoop?

I use the 3M system. The results are a crystal clear finish. But I think you’re right. I’ve noticed that after 3 or 4 years they need redone. I’m assuming that even though they are clear, there must be some fault in the finish causing them to haze easier. A friend at work told me I should use the pictured product. I’ve never tried it, but he said it prolonged the life of the repair. All I can attest to is the good results from the restoration system. 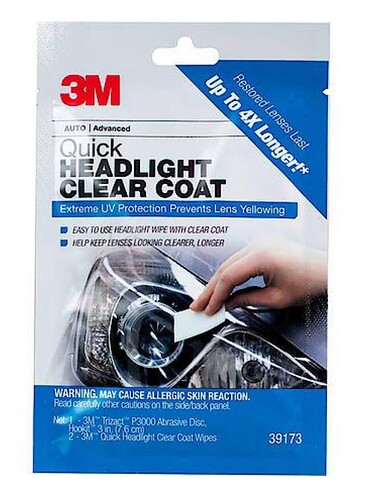 I like the idea of using two 3M products, they should be compatible.

PVC paint film. 3M has a product called VViViD. Weathertech sells it cut to fit the headlights of certain models. Started using it about 3 years ago when newly restored headlights started fogging again. Has worked well so far and much better than my experience with 3M’s clear coat product.

My last car was a 1999 Monte Carlo. After quite a few years it had the clouded HL lens. It did try some kits, sanding and fluids. It never looked much better and deteriorated pretty quick.

Then I checked Ebay and found I could get new headlight shells for $60 a piece! Bought a left and right and I was done! Now, Chevy sold millions of those Monte Carlos and Luminas so the aftermarket replacements were cheap. I don’t know about other cars.