Thanks, that makes sense.

After researching this more, it sounds like there’s two ways in which a faulty fuel regulator can cause the fuel pressure to drop.

One is a weak or broken spring causing the regulator to not be able to adequately restrict the fuel flow, which would cause a lean condition. In which case you can provide the restriction yourself if there’s a rubber hose past the regulator. And I would imagine in this case removing the vacuum hose at idle wouldn’t affect the fuel pressure.

The other would be if the fuel is blowing past the diaphragm, which would cause a rich condition.

I ran more tests with my scanning software.

The long term fuel trim settles down to -10% to -15%, and doesn’t seem to be affected by RPM (except that it momentarily goes up when I release the throttle). So the computer thinks the engine is running rich.

The first O2 sensor shows it being somewhat lean, sometimes getting as high as 0.8mV, but usually not more than 0.6mV. At 2500rpm, it’s all over the place, averaging high or low. In both cases, it will skip oscillations.

I think if it were a fuel pump problem, the fuel trim would be positive and increase with throttle. Although the O2 sensor seems to be lean? And erratic.

Maybe I should manually plug the EGR pipes to rule that out.

So I took off the EGR valve intending to plug it up. I inspected the valve, not expecting to find anything of interest… but it’s actually incredibly sticky. Much worse than the valve it replaced.

It’s not actually blocked with anything, it’s just very reluctant to close.

I guess I owe the computer an apology for doubting it.

Is it more likely that the replacement EGR valve was bad, or that something is happening to ruin the valves quickly?

The valve is moving smoothly now. But one other thing I’m noticing is that even when it’s closed, if I shine a light in the other hole, I can see light through the valve. I assume this is bad?

Editing because I feel bad about posting so much:

The fuel trim is still low. I think the fuel pressure regulator is likely at fault. There’s no visible fuel from the vacuum line, but it smells like gas.

Is it more likely that the replacement EGR valve was bad, or that something is happening to ruin the valves quickly?

My guess, the replacement EGR valve is faulty. The EGR valve on my truck anyway closes very tightly with no vacuum applied. As posted above, if you had a problem with an exhaust path restriction creating some back-pressure, that might cause the EGR system to malfunction. Not sure that would damage the valve, but I suppose it might. Don’t just block off the EGR port to solve the symptom and continue driving, b/c that could allow the cylinder temperature to get too high during heavy accelerations, long uphills, etc, and damage something expensive. You need to have a working EGR valve. It’s not just for emissions. An exhaust system back-pressure test isn’t an overly expensive procedure, you might want to have your shop do one for you. Does the fuel pressure regulator hold vacuum ok when you test it by applying a hand held vacuum pump to its vacuum port?

I agree that the replacement is faulty.

I wasn’t intending to leave it blocked off, I was just testing see if properly closed egr port would smooth out the idle – and it does.

Even if it was just for emissions, that sounds like a good reason to have a working EGR system.

I’m concerned about why it was sticking badly though. Like I said, it’s only been on there for about 4000 miles. Either it’s another defect or there’s something going on that caused it to go bad.

I didn’t clean the area, although I don’t recall that it looked particular dirty. I guess I’ll do that next time though.

I don’t have a vacuum pump to test the fuel regulator. I think the smell is a pretty good sign it’s allowing fuel past though, and it only cost me $11. And I guess I’ll see once it gets here whether it fixes the rich condition.

I did take it on an 8 mile drive today after unsticking the EGR valve. It’s not long enough of a drive to be sure of anything, but it didn’t do anything bad, even after aggressively climbing some hills.

Are you using the regular egr gasket, or the one that has a screen to protect the valve from debris?

Just an idea, but you may want to consider snaking out the passages

I don’t have a vacuum pump

If you plan to continue doing your own car repairs and diagnostics, this tool is required. There’s a more common brand available at most auto parts stores and hardware stores, Mityvac,, it may have some durability and precision advantages, don’t know. 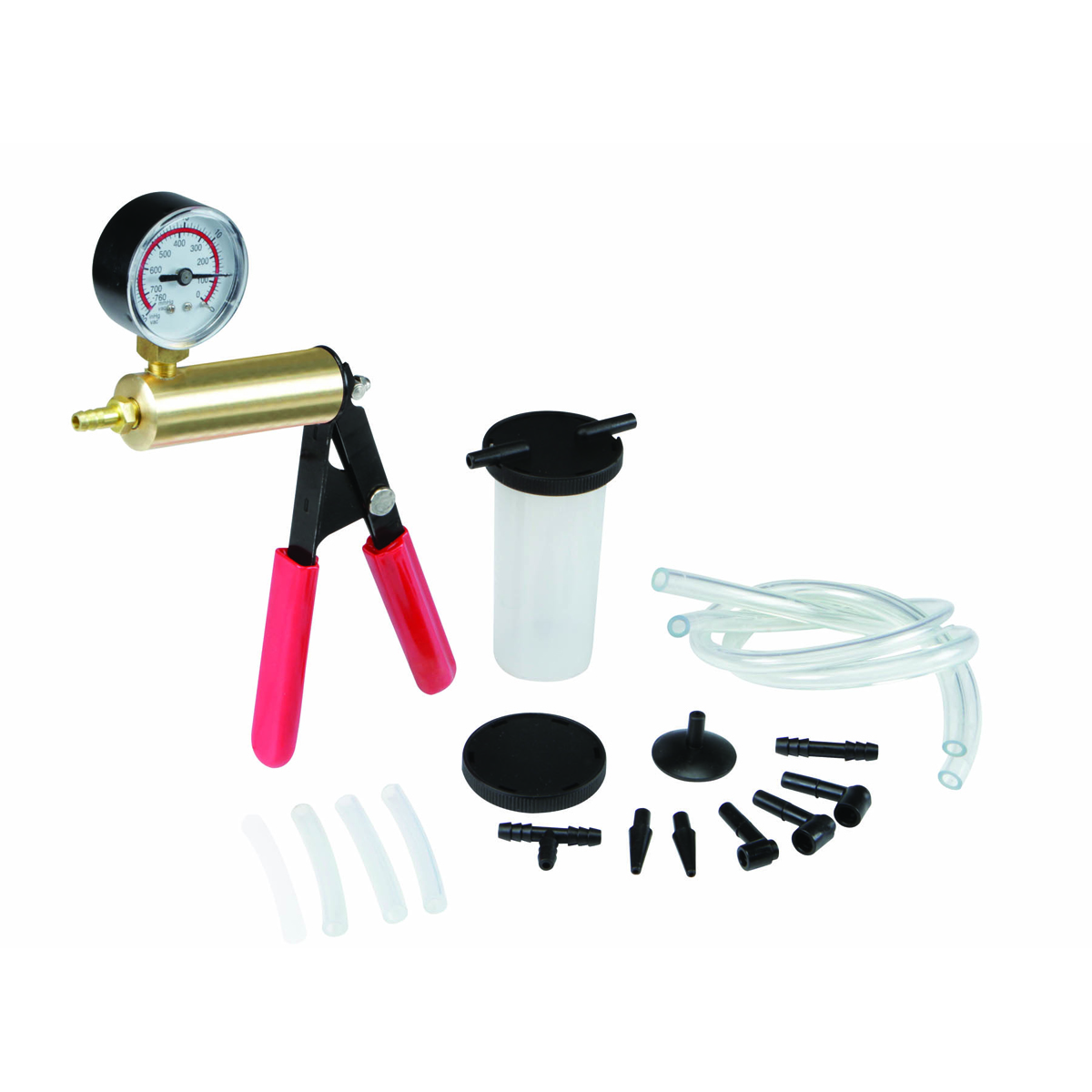 This brake bleeder tool and vacuum pump kit makes it easy to perform brake service on your own. The brake bleeder kit includes an accurate gauge for testing and servicing many different pressurized systems on your vehicle. Easily bleed brakes, test...