Drive to Fairbanks AK from NY

It would be wise to have a back up plan and a get out of jail free card hidden up your sleeve somewhere. For instance, you might investigate the availability of buses or trains to continue on or return if there is a major breakdown and make adequate cash available through Canadian banks for such a problem. I would never encourage anyone to make such a trip but somehow most of us survive being young and foolish. I sometimes look back and wish I hadn’t been so careful at times.

I did this trip about 4 years ago and it is the best trip you will ever make. The road is actually in pretty good shape, the only unpaved part left is about the last 50 miles before you get to the Alaska state line. However you will see lots of short sections under construction. You do have to watch the frost heaves, they are usually marked with orange cones. We did it at the end of May and not everything was open yet be sure to watch your gas and fill up when you get to a half a tank. Due to the high cost of gas in Canada I would stick to I80 then I 94 crossing into Canada north of Great Falls Montana, up through Calgary and Banff. I would go along with the others about parts, get AAA because if you breakdown it could be 100 miles to the next garage and it could be a week for parts. When you go through Canadian customs make sure you have your paperwork in order. Also we were required to have proof of financial responsibility that we had enough money to make it to Alaska which was a hold over for the gold mining days when Canada did not want to have people stuck there with no money. Had to show cash and credit cards.

@GeorgeSanJose Exactly; why bring a gun into the country when you cannot use it. I’m just trying to save O.P. the trouble.

You can withdraw money from your US bank anywhere in Canada where there are ATM terminals. I have even done this in Colombia, France, England, Holland and other countries.

Agree that the Neon is a “fragile” car and head gasket and transmission problems are quite common with this vehicle.

Just for safety I don’t think I’d want to be driving through that territory without a weapon-not for people but for animals. Another idea is could you just take a ferry from Seattle up instead? Far more enjoyable trip that way and you’d cut off a few thousand miles.

I wouldn’t worry about the animals. Keep your car free of food and trash when parked and the bears won’t be a problem. No other animals to worry about, unless you ask for it. Moose are often approached, there are more moose-related injuries than bear attacks.

The biggest danger is driving after dark and hitting a moose or other large animal, like an elk. I have personally hit a deer in broad daylight on the Alaska highway. The animal and several others just appeared out of the forest and crossed the road before I could stop.

There’s lots of widlife there, so keep a sharp eye out, and don’t drive after dark.

Oh yeah, hitting the animals is a MAJOR issue. Just no need for a gun…

@nater Just to mention, if you are planning to camp on your way to Alaska, you cannot tent camp the last 1/3 of the way. From Dawson Creek, British Columbia (the unofficial start of the Alaska Highway) all the way to Fairbanks is BEAR COUNTRY, and I would only recommend camping in a hard-sided camper, which is out of the question with your Neon.

So for the last 2000 miles or so you’ll be staying in motels, of which there are quite a number; just don’t expect any luxuries along the way.

The AAA Tour Book for Western Canada and Alaska will have all the relevant information; free for members, about $14.95 for non-members. It has all the info along the way and driving distances.

A reminder, this country belongs to the animals, and they wander all over. You will see a lot more more bears (black, brown and grizzly) than there are in the Bronx Zoo.

Another great reference is “The Milepost” (2013 edition), includes all kinds of info about the roads to and in Alaska: 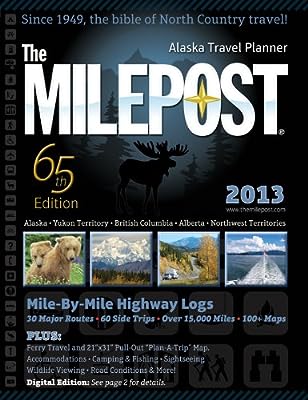 The MILEPOST® is the "quintessential" travel guide to Alaska and the highways and byways of the North. Since 1949, this "bible of North Country Travel" has offered details on road conditions, ferry tr ...

Since you are young enough to have a grandfather, do it. Me, I wouldn’t try it now, but 35 years ago, pack it and go. Don’t be in a hurry.

An enhanced NY drivers license will get you into Canada and it costs less than a passport.

Lots of great advice so far. I drive a 2000 Neon daily and certainly wouldn’t classify it as “fragile”. Have over 180,000 miles on mine and its never left me stranded. I’m also Canadian, and I love this Yankee fascination with firearms. This is Canada, the animals don’t come brandishing weapons and the visitors to our country shouldn’t either. These sorts of adventures build character and getting to experience the far north by automobile is a fantastic opportunity. Make sure you have an extra car charger for your cellphone and a good roaming plan with your cellphone carrier. As long as you have a method to reach people you should be good to go.

@oldtimer The US and Canada now have agreed that in addition to needing a passport or a special drivng permit when arriving by air, all road traffic is now also under this rule. It was initiated by Obama to ensure tighter border control. It took effect a year or so ago. Canada reluctantly followed. There wa a loud outcry apparently in Canada since many spend the cold months in Florida and Arizona. Canadians need a passport now to enter the US.

Maybe Sara Palin will now actually get a passport.

Passports are cheap and you need one for other foreign travel anyway. I’ve had passports since I was 19 years old.

@Docnick Whoa Bronx Zoo?? I hope your not insinuating all people who live in NY are from NY city. The state is far more vast than that stinky armpit.

@docnick but thanks for all the info.

Just to let you know, I am also considering airing on the side of caution and just flying to Alaska, and possibly buying a cheap death trap when i get there.

Interesting when i looked into it though Alaska will not register the car to me unless i become an Alaska state resident, which legally you are supposed to become if you are staying in Alaska for more than a month.

This seems like far more hassle than it is worth to become a resident so i may buy the car, send all the papers to someone in the mail in NY, have them register it at the DMV in NY and then have them send me the NY Registration.

@nater Thanks for the responses. Most of us think of New York as NYC. I know most of NY state is vastly different!

I’m glad you doing some serious thinking of the pros and cons of getting there. My guess is that if you take your car there, you will likely leave it there and fly back. That’s what has happened to most who go North. Cars are more expensive there, and desirable ones get picked up quickly.

However, the drive up there is a unique experience. Years ago 2 guys working for Car & Driver Magazine took a Corvette!! up there in the summer. The magazine paid for it of course. Their big problem was ground clearance since the then mostly gravel road posed a challenge for the low slung sports car.

More recently Edmunds drove a supercharged Jaguar XF up there:

Read daily updates on our long-term road test of the 2012 Jaguar XF Supercharged and follow along as our editors live with this car for a year.