No surprise they sold a lot early on, it took a while for all the problems to become apparent.

Didn’t Chevy, after problems with the aluminum engine were discovered, start using the Pontiac ‘iron duke’ engine.
Under the sheet metal, wasn’t the Monza a Vega?

Yes, after first trying to fix the original engine. In 1976 they came out with an ‘improved’ version of the aluminum engine they called the ‘Durabilt’. Better, at least.

I don’t recall any questions posted here about the Vega. Maybe there have been, but it’s not a common topic. I expect there’s just not enough experience with that particular engine here to address your question. If you instead just want a guess, I’d say, starting with a brand new original design engine well maintained, 120K miles before needing serious engine repair or replacement.

Were I wishing to go back into the Chevy past, I’d choose instead a Covair, vintaged post-rear-swing axle.

the interior would fall apart soon after purchase.

On the positive side, parts falling off means reduced weight, better mpg!! … lol …

With 50 years of hindsight in our favor I feel looking back that the Vega was a tremendous automobile.

You would be wrong.

The engines were OK for 80k to 100k IF they were driven every day for long enough to warm up completely AND if their owners didn’t treat the cars as cheap crap for the kids to drive (and mistreat) as many did. The engines went bad very quickly if they were short-hopped to church or the market… the granny cycle. The Asian imports did not have this problem.

The cars had no corrosion protection AT ALL and tended to show rust holes on the body within 3 years in a rust belt state (like Michigan!). By year 7 they just got worse. But then, the Japanese cars were just as bad for rust.

The as-delivered build quality was pretty poor. Worse than the Asian cars and far worse than the European cars.

Overall the cars were pretty much built to be throw-away cars, which is why you don’t see them anymore. Nor do you see their slightly bigger cousins, the Monza, Sunbird, or Starfire (can’t remember the Buick version’s name!

start using the Pontiac ‘iron duke’ engine.
Under the sheet metal, wasn’t the Monza a Vega?

The Iron Duke was never installed in Vegas. They died with the aluminum engine in 1977. The only other engine used in Vegas was the 2 liter DOHC Cosworth-Vega engine.

The Vega was the H platform, the Monza was the H-Special. Very similar but a little bigger car.

The construction quality was such that three days after driving it off the lot, noticed that the doors weren’t aligned and the muffler fully separated from the tailpipe. The dealer said, “That’s an adjustment and not covered by the warranty.”, screaming ensued.

Within a year the plastic under bumper panel faded to pink, giving the odd impression of a pumpkin with it’s tongue hanging out,
By year 2 front fender rust was beginning to make it’s appearance.
By year 3 oil consumption due to worn cylinders was a problem, engine couldn’t be sleeved or bored only solution was a new block. Unloaded it, don’t remember the exact mileage but it was well under 50,000 mi.

To be fair to Chevy, at that time most cars didn’t make it to 100,000 miles but the Vega’s failed “innovations” and awful construction quality made it a Lemon to remember.

Is this the gentleman formerly known as “where’s Rick”, he of nostalgia for “the humble drum brake”?

Is this the gentleman formerly known as “where’s Rick”, he of nostalgia for “the humble drum brake”?

Yes its me! I have had a heck of a past few years but I am back and feeling up to talking about such things again!

I just feel that GM deserves some credit for the Vega, it was NOT such a bad car. Cutting edge actually on many fronts. I just feel that they cut corners on foolish things and spent money on buzzword items. But it was still a good car and Id buy one in a heartbeat if they had them today.

But it was still a good car and Id buy one in a heartbeat if they had them today.

It was a great car IDEA. Terrible car in reality.

Welcome back Mr Rick. My truck has drum brakes all around. They indeed do stop the truck quickly when needed, but on abrupt stops tend to pull right or left considerably more than disk braked Corolla (or Rabbit). I’d say that’s the biggest compromise, drums vs discs. Keeping the drum brakes properly adjusted helps with the pulling problem.

Nor do you see their slightly bigger cousins, the Monza, Sunbird, or Starfire (can’t remember the Buick version’s name!

The Vega does deserve some credit. The aluminum used in the block, alloy 317.2 became the standard for all aluminum engines that came after until the 90’s. I believe it is still the most common for alloy for most aluminum engines but the alloy 356 is used in most high performance engines. As far as I know, these are the first alloys used in cars to have titanium in them.

I knew two people who got 100k miles on the original engines, and both of them drove hard, pedal to the metal types. That got me to suspect something. The engine got some of its heritage from the 12 cylinder Can-Am engine that GM made. The rings in a racing engine sometimes have a bevel on them to seat better under pressure. I often wondered if the rings on the Vega didn’t have a bevel. With a bevel, they would last a long time IF driven hard, but if driven easy, they lose their seat and begin to burn oil early. Just a thought.

I had a neighbor who bought on on the first day of sales. He got one of the earliest production VINs, too early as it turned out. The car broke in half shortly after he bought it, part of the frame was missing. He was told when this happened that his car was supposed to be rear engine and called Corvair, but with the bad press the Corvair was getting, the name was dropped and the car was changed to a front engine. He had accidently got a prototype they used to design the conversion. I don’t really believe that as it would have taken GM at least 5 years to change the design, it always took them 5 years for even simple design changes. But it makes a good story so let’s not let facts get in the way.

BTW, the Iron Duke engine was a Chevy engine that Pontiac decided to put in their version of the Vega. Pontiac did have a 4 cylinder engine but it sat at a 45 degree angle because it was a V-8 cut in half. Pontiac did as far as I know give the name Iron Duke to the engine but it originally came from the early Chevy II’s.

12 cylinder Can-Am engine that GM made

I am going to say this was not a 12 cylinder engine unless you can provide a link. GM’s Can Am engines were ZL-1 aluminum big block Chevy V8s with iron liners 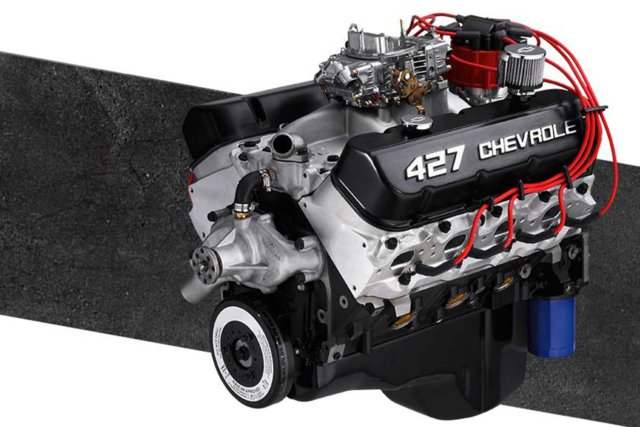 The Vega engines were high-silicon blocks with the bores specially etched and honed so the rings would ride on the silicon. The short trips and high sulfur gas formed acid that wrecked the bores (and then the rings). Porsche, BMW, Mercedes and others use this technique although BMW pulled their aluminum block V8s from the American market until we reduced the sulfur in our fuel. Warranty was killing them!

The Iron Duke was a Chevy 2 engine with a bigger bore (4 inch instead of 3.875) and a shorter stroke (3 in vs 3.25) which is why it was 151 cubic inches instead of 153. The thing was a cement mixer! It got balance shafts around 1987 or 88. A poor design in the oil pan because GM would not pay the Mitsubishi patent rights. The balancers made it better…but it was still a lump. An un-kill-able lump just like the straight 6s it came from.

Part of the Vega’s failure was not the engineering but rather the build quality. The workers at the Lordstown plant were more interested in taking drugs than in building quality cars.

My first Vega was a 1972, one barrel carburetor and power glide, $100. The inner fender aprons were rusted through weakening the frame rails which the control arms are attached resulting in excessive negative camber. I only used the car for a year, I believe it had 90,000 to 100,000 miles on it.

My second Vega was a 1974, two-barrel carb and three speed automatic, $200. Beginning in 1974 Vegas had front inner fender liners, no excessive fender rust. I sold the car with 140,000 miles on it when I left Wisconsin in 1986, the car had body filler in the quarter panels, so I was not interested in keeping it. The engine was burning a lot of oil, 50,000 miles earlier I removed the cylinder head to be milled and a valve job, the machine shop knurled the valve guides, a method of extending the life of the guide but this does not last.

My mother had a Pontiac Astra, 151 CID, 4 speed. No inner body rust through in the fenders or quarter panels but developed rust holes in the doors after 8 years.

I am going to say this was not a 12 cylinder engine unless you can provide a link. GM’s Can Am engines were ZL-1 aluminum big block Chevy V8s with iron liners

I can’t find any references, I’m going by memory. I remember seeing an article about a flat 12 that GM was designing for Can-Am racing to compete with the Porsche 917. Maybe I got something mixed up over the years.